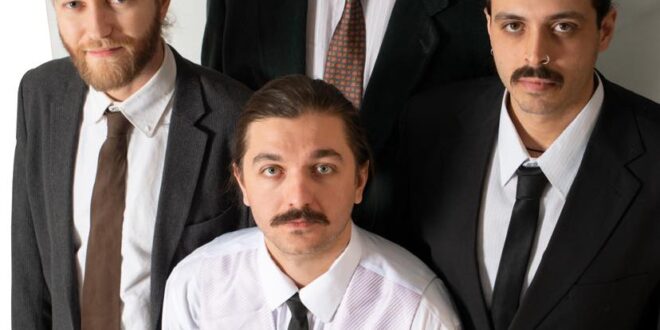 Uncle Strut is a Canadian indie band from Vancouver. The band, which was formed in March 2021, has been grooving on stage and in recording studios, delivering some of the goofiest tracks in town. And now they’re back with their seventh single, “Corduroy Queen.” On May 20, 2022, this contribution to their delicate and quirky melodic songs was launched.

The band’s most recent release, “Corduroy Queen,” is available on all major streaming platforms and is one of the most enthralling tracks in my opinion. They slowly bring the tune into a dreamy dimension. The song’s musicianship is delightfully sophisticated, smooth, and flawless, as well as the vocals are addictive. In this scenario, a continuous rhythm leads the music, while the keys and guitars promenade.

The vocals are pure and unadorned, and they do credit to the track’s layering. We realize how raw and original their relationship to the audience is when we use an honest technique like narrative. According to Uncle Strut, “Corduroy Queen” describes the narrative of a first date and how corduroy represents the relationship.

The music complements the lyrics nicely and will undoubtedly make the listener stomp his or her feet. The patches for the keys make it a fascinating tune, as does the chorus. The song’s drum rolls glide effortlessly, generating a mood beyond reality and growing with a delicate sense of suspense that is slightly unnerving yet immensely fascinating.

Listen to “Corduroy Queen” by Uncle Strut on Spotify and let us know what you think. Cheers!