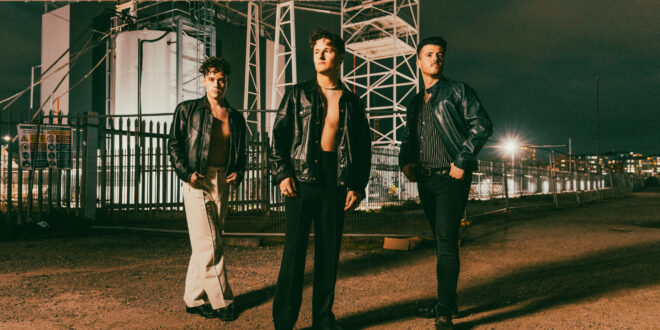 Wild Horse is a band of an indie trio- brothers Jack and Henry Baldwin and best mate from primary school Ed Barnes in Sussex, Southern England. They are an independent band whose funked-up guitar pop streams with the extravagant energy of children who grew up paying attention to hip-jump beats and exemplary 60s/70s Brit Rock vinyl. The three-piece Wild Horse makes tracks that are intricately composed and groovy. On the 2nd of September this year, they added “Bitter” to their discography and it’s such a beautiful performance.

Introduced with an upbeat and deep bassline that supports a driving electric guitar groove, listeners will first hear pleasure-in-life harmonies before the lead singer’s gorgeous vocals set the mood and are quite enjoyable to listen to over the instrumental, causing us to feel the magic of the piece. The piano and acoustic riffs of “Bitter” make it vivid and colorful, while the vocal harmonies on the other hand greatly enhance the overall mood of the song with vocals and melodies taking center stage.

“Bitter,” a dynamic and electrifying song with catchy melodies and lyrics that highlight the song’s story, is primarily about someone needing more than something laid-back and the general jumbled emotions and confusion that an easygoing companion can cause. The pace of the song is largely inspired by the guitar and percussion, and the voices blend in so well that I genuinely enjoyed the background vocals that intensify the emotions of the song.

Truthfully, “Bitter” by Wild Horse is incredibly amazing, captivating, and expertly played, and the band does a terrific job with their separate creations that make the entire tune emerge together so nicely. Because of its comforting harmonies and empowering lyrics that have a way of revealing the goodness that is seemingly concealed all around and within us, “Bitter,” despite its dark character, is a song that is a great delight to indulge in when you’re having a terrible day.

Listen to “Bitter” by Wild Horse on Spotify or SoundCloud and let us know your thoughts. Cheers!

You can follow Wild Horse here for more information.

Previous REVIEW OF ROBBIE RAPID’S “JASMINE GIRL”.
Next REVIEW OF AN AWKWARD SOCIAL’S “ONCE IT’S OVER”.