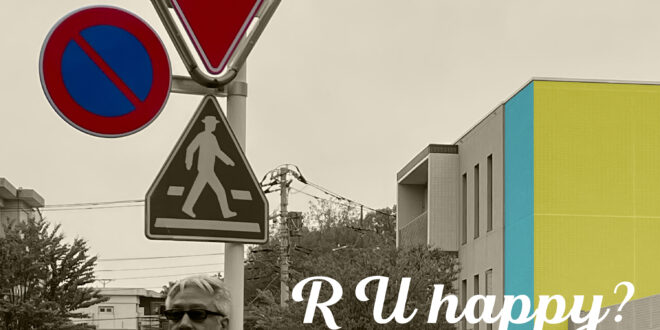 Review of Zenta Sato’s Questioning For the World In New Single ‘R U Happy’.

A signal of a classic funky, pop, and rock affects you as you sit back and embrace Zenta Sato’s new single ‘R U Happy’. Zenta Sato is a Japanese-based artist who for once has written a song for a Japanese film. This has struck his pace with this recent 2022 release. This track was released on the 5th day of May this year. ‘R U Happy’ was produced almost by the artist himself and with additional vocals from Misaco, a female singer of  Misaco + Others band during the Covid 19 pandemic.

The track opens up with the warm vibes of a nice production, layered instruments, staggering guitar melodies, and a light bassline, which then invites Zenta’s voice. Describing a little about this world, Zenta in his speak-sing style is questioning people in the world about their happiness.

Digging into the song with explanations, the lyrics emits a zeal for the current state of the world. Zenta talks about the insanity and unclear actions of some people in this world. Also got to do with social vices, sickness, wars, and insecurities we face as humans in this world, Zenta believes we are on the verge of losing our lives for no reason. This lives Zenta contemplating and gives him the go-ahead to ask about the happiness we have as humans on earth with all the challenges and hardships we are facing. As it stands now, Zenta’s single ‘R U Happy’ makes him outstanding as it is not a topic that most artists like to talk about, but that does not discourage the artist from putting his spit on it.

I assume that is a target he wants to achieve, to be certain he is putting his turn on a sound that could change the mindset of the people in the world to rethink and do what must be done to make the world a better place for all.

Expectantly, Zenta is looking at changing lives with this release and so you should do well to listen and also help the world in becoming a better place to live in. You can give ‘R U Happy’ a listen here.