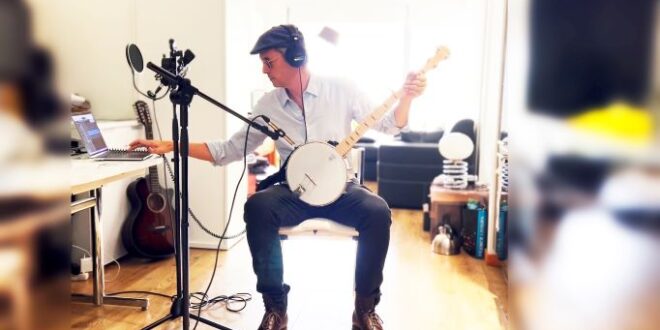 Since beginning his musical adventure in the 1990s, French musician Romain Gutsy has shown himself as a consistent face in the game. He continues to establish he’s one of the top artists from Paris after returning from a hiatus in 2020. His music has several particular characteristics that set him apart from other musicians in the same musical genre. Gusty just released a new song on October 3rd, and he delivers an outstanding performance. This new track, “If You Don’t Mind,” is a real interactive encounter.

“If You Don’t Mind” is a tune that sounds unique to me and begins with acoustic guitar licks. It has a very captivating sound. The optimistic tone of the song, which features Romain’s warm, unique, and genuine vocals, will compel listeners to groove to it and engross themselves in the realm of such an impressive sonorous performance. With the addition of jazzy elements, the song is enhanced and properly adds a commendable level of depth to the composition. “If You Don’t Mind” is confined, smooth, and fascinating thanks in large part to the entrancing drum rhythms that blend seamlessly with it.

In terms of the lyrics, Romain Gutsy provides us a hint as he begins the song by speaking about the addictions he has overcome. Because, musically, “If You Don’t Mind” strives to refute the “sex, drugs, and rock ‘n roll” cliché that engulfs musicians. In addition, the song discusses the stigma that musicians face regardless of their political or personal beliefs. By addressing such a relevant concern, Romain Gusty has a strong sense of musicality.

This wonderful indie folk tune was produced to perfection by Romain and Marc Bente. The lyrics are insightful and would keep anyone captivated by the music. Both the lyrics and the song properly describe the mood. “If You Don’t Mind” is a song that gives you a lot to ponder about with its simple acoustic tones. It’s a music that listeners will undoubtedly like and dive into.

Listen to “If You Don’t Mind” by Romain Gusty on Spotify or SoundCloud and let us know your thoughts. Cheers!