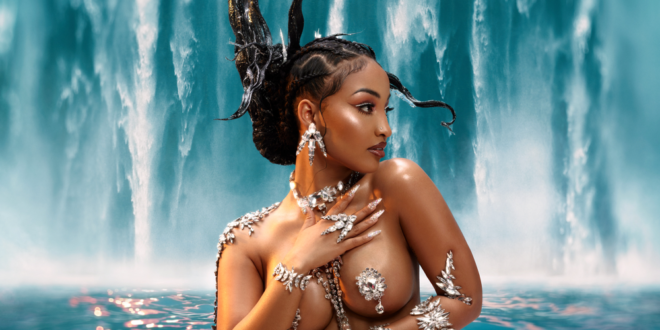 Shenseea Tries To Find Her Man In Visual To “R U That” Ft. 21 Savage

The two artists come together to Shenseea’s “Alpha” single in the music video.

Jumping from Dancehall to mainstream is Shenseea, and she continues to hype her debut studio album Alpha with the release of her new music video. Shenseea added 21 Savage to her single “R U That,” and earlier today (April 19), the singer rolled out the visual that stars the Atlanta-based hitmaker.

We caught up with Shenseea before her album dropped last month for our Ladies the First series and she spoke with us about sometimes receiving negative comments about her releases. The singer admitted that she takes that energy and finds it beneficial.

“I like the negative comments, only because you know negativity reaches farther. So, the worse I get on my song, the further people get to see it, the longer it’s in people’s eyes because they just won’t forget it. But, at the end of the day, who’s name is being commented on? Shenseea.”

Stream the visual to “R U That” and share your thoughts.