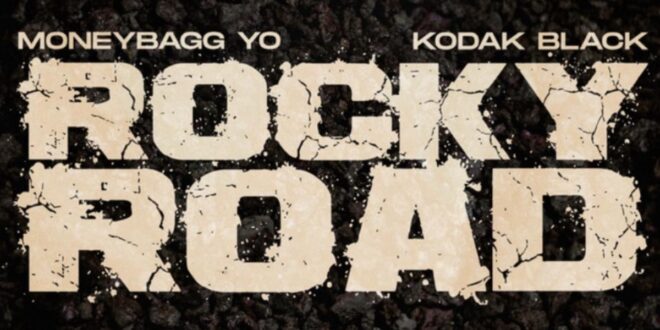 Bagg teased that he’s got another project coming soon.

Kodak Black and Moneybagg Yo previously connected on “Lower Level,” which has remained in rotation for fans since its 2018 release. As the latter artist steps into a new era, he reconnected with the Florida native to work on another song, this one called “Rocky Road.”

If you follow Bagg on social media, you may have seen him teasing the track over the weekend. “Ari want another baby but I’m too busy chasin’ paper / Well, maybe, not right now, perfect timin’ might come later,” he rapped in the preview, name-dropping his girlfriend, Ari Fletcher.

As SongWeb reports, the 30-year-old sat down with Eddie Francis of Apple Music 1 to discuss his new release. “Anytime me and Kodak link up, there be chemistry… it be good,” Moneybagg shared. “I wanted to come with a different tempo than ‘Lower Level,’ the other joint we have.”

“It took us probably like two weeks to do it. When we went in there and did it… it came out good… I’m excited about the track… I feel like it’s the warmup,” he continued, going on to tease that he’s got another full-length project in the works for his dedicated fanbase.

“You know, I got another one coming…. You know I’m back to back bag right now… coming out the little break I just had,” the rapper shared. “Another one fixing to drop next week. I’m coming right back with that one and I’m coming with a little project… a little surprise project. It’s gonna be full length and then I’m gonna come back later on.”

Stream Moneybagg Yo and Kodak Black’s “Rocky Road” on Spotify, Apple Music, or Soundcloud below, and tap back in with songweb later to stream more new releases from your favourite artists.

Ari want another baby but I’m too busy chasin’ paper
Well, maybe, not right now, perfect timin’ might come later
If that’s yo’ n*gga, push ’bout him, shouldn’t be no favour for a favour
Stand on business, leave no witness, told them members that verbatim (Word for word)