The remake was released by the group on Valentine’s Day.

Silk Sonic continues to see chart success with their vintage-inspired tunes. The group’s latest No. 1 comes on Billboard‘s Adult R&B Airplay Chart. Sitting at the top for the week of April 23 is Silk Sonic’s “Love’s Train,” a cover of the R&B group Con Funk Shun‘s 1982 classic. The song has spent eight weeks total on the chart and was previously ranked in third place.

“This is one of Silk Sonic’s favorite songs originally recorded by the group Con Funk Shun,” wrote Bruno Mars on Instagram, sharing the cover when the group first released their version of “Love Train” on Valentine’s Day. “Every time @anderson._paak and I get behind instruments we play this. We love this song so much we wanted to sing it for y’all.” 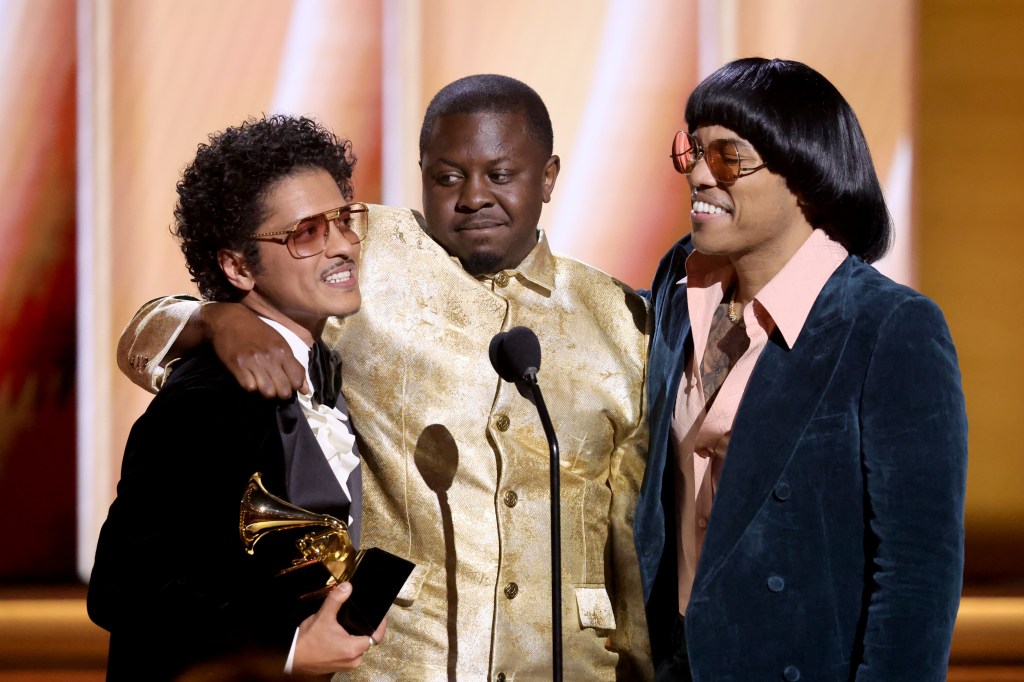 In Anderson .Paak’s post, the musician wrote, “We wanna dedicate this to that special someone!” followed by an emoji blowing a heart-shaped kiss.

Following Silk Sonic in the second position on the Adult R&B Airplay chart is Kem’s “Stuck On You” which was previously in the No. 1 position. WizKid and Tems’ “Essence” is still going strong ranking third. The fourth spot is held down by Muni Long with her viral hit “Hrs and Hrs.” Keith Sweat and Raheem DeVaughn close out the Top 5 with “Can’t Nobody.”

Listen to Silk Sonic’s “Love’s Train” produced by D’Mile and Bruno Mars below.