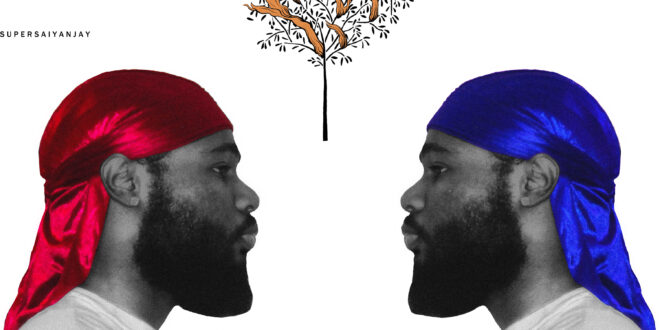 It Represents A Reflection Of Myself With Two Different Color Pieces Of Each Person.

Super Saiyan, a West Palm Beach artist Jay has been composing music for a long time, but he began his creative career in 2017 and has worked on a few projects since then. Jay, a dedicated artist, has published his debut song for the year 2022. Super’s song, “Let Them Be,” was produced by SOESBeats, his engineer at Oscar’s Studio, and got released on April 8, 2022.

Super Saiyan Jay has stated that he draws influence from artists like Biggie Smalls, Jada Kiss, OutKast, and Lil Wayne, whom he considers to be his own G.O.A.T.

“Let Them Be” is undoubtedly a departure from what Super Saiyan has been releasing over the years. While retaining the sincere, profound aspects of his lyrics, he has broadened the depth of his music, resulting in a more dynamic and anthemic result in “Let Them Be.”

Jay themes “Let Them Be,” which he raps brilliantly over addicting loops, boomy kicks, and a deep bass rhythm, on a reflection on himself and what he has learned personally. Jay stays in the zone as he explores ideas of peace and turmoil as the song unfolds, delivering an even performance from the outset. He discusses two aspects of himself, which are depicted on the song’s cover, which come in two hues, red and blue, to represent his two sides. Red is associated with temptation, emotions, and passion, whereas blue, is associated with tranquility, sensitivity, and love. Jay also uses a burning olive tree to bring harmony to his two sides.

Jay realizes that in some instances, a certain balance is required to move forward and so he comes across as someone you wouldn’t want to mess with, an artist who knows who he is and isn’t frightened of disagreements even if he tends to be more aggressive.

As the song is filled with emotions, Jay’s tale in “Let Them Be” will keep you intrigued and wanting to hear more songs with beautifully constructed bars and a good delivery technique from him.

Listen to “Let Them Be” on Spotify and let us know what you think.

Previous “Through The Darkness” Is About My Father’s Demise. Travis Discloses In An Interview
Next A Review of Damon K. Clark’s “Holy.”