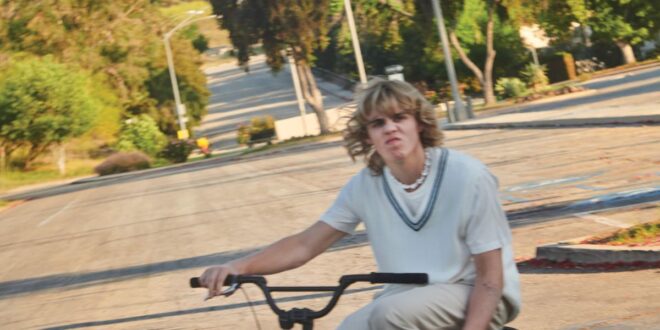 The Kid LAROI’s First Single Of 2022, “Thousand Miles” Has Arrived

Ahead of his upcoming End of the World Tour, 18-year-old The Kid LAROI dropped off his first single of 2022, “Thousand Miles,” on which he admits to having some self-doubts when it comes to his capabilities in a relationship.

“And I will never change / I couldn’t even if I wanted to for you, oh-oh / There’s nothing left to say / If I was you, if I was you / Then I would stay a thousand miles away,” the Australian star warns any would-be lovers on the chorus.

“Thousand Miles” was co-produced by Andrew Watt and Louis Bell, and its arrival was accompanied by a Christian Breslauer music video, co-starring the “SAME ENERGY” singer’s TikTok famous girlfriend, Katarina Deme, telling a “provocative, poetic, and powerful” story about facing your one true rival – yourself.

The Kid LAROI’s aforementioned tour will kick off in Australia on May 26th, and by August, the rising star will make his way to North America, where he has shows in Detroit, Toronto, Montreal, New York, Seattle, Phoenix, Los Angeles, and many more cities.

Stream “Thousand Miles” on Spotify, Apple Music, or Soundcloud below, and let us know what your thoughts are in the comments.

It’s hard to give it all up (All up)
Tryna block you out but you’re evading my thoughts
And you got ten fingers wrapped around my heart, uh (Heart)
Wish I could give you everything that you want, but I won’t, no