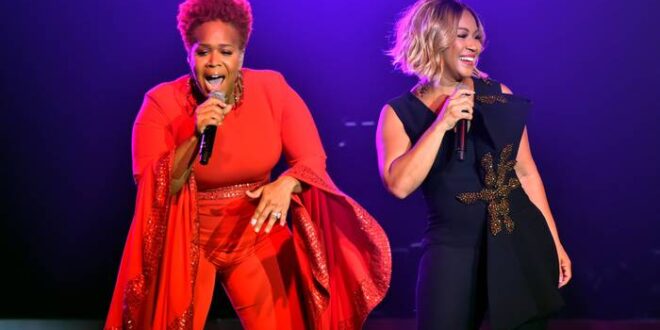 This is the moment gospel fans have all been waiting for.

Mary Mary found mainstream success with their debut album Thankful in 2000. The duo is known for making big hits, including their uptempo smash record “Shackles (Praise You),” while selling more than eight million records worldwide. In the other corner, BeBe and CeCe have cranked out timeless songs since the early ‘80s. Together the pair have racked up several awards, including three Grammys, one of which they earned in 2010 for Best Contemporary R&B Gospel Album for their ninth studio effort, Still.

This Easter battle is just one of many must-see moments from the viral music series’ lineup for spring and summer 2022. Other stand-out dates include the Memorial Day Weekend Verzuz, the Juneteenth Special, and the “First-Ever Label Matchup” coming soon in July, with more information to come.

Fans have watched some of the music industry’s most prominent and influential acts go against each other, including Gladys Knight versus Patti LaBelle, The Isley Brothers versus Earth, Wind and Fire, Kirk Franklin versus Fred Hammond, with the promise of many more taking to the Verzuz stage.

Together Mary Mary has a musical career spanning over four decades, spinning out hits including Mary Mary’s “Shackles (Praise You),” “God in Me,” and “Yesterday,” from the group’s third and self-titled 2005 album, Mary Mary.

The Winans have given the music world several chart-climbing R&B singles, including “I.O.U. Me,” which topped R&B and inspirational charts, and garnered the pair several Grammy nominations, “Heaven,” and “Lost Without You.”