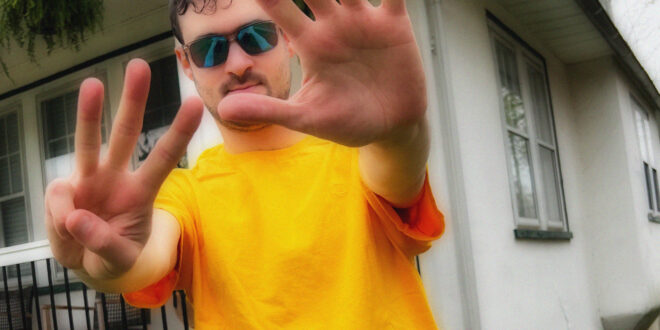 “35” Is A Song With Outstanding, Lively, Charming Vocals, Great Musicality, And Amazing Production.

Chad Douglas Lewine was given the name Chad Lewine at birth and has gone by numerous aliases in the past but has this time remained with Chad Lewine in entertainment, he is a singer and songwriter who is all about generating exciting music and originates from Lansdale, PA in the United States. His songs are a mixture of emotions and great musicianship that makes you desire to live. This works nicely together to provide his audience with a wonderful combo.

Having been influenced by Lights, Michael Jackson, Safetysuit, Andy Grammar, Charlixcx, and Savage Garden, he writes “35” as a song for everyone who feels like they are late in life. Because, although the fact that his music is strongly hip hop/trap-influenced, he does not fall into the usual definition of the style; rather, the ideology of his music is constructive preaching and instilling contemplation. This song has everything you need to know to feel better about growing up.

Chad was inspired to write his new track “35” after being irritated with his apartment neighbors. This is due to his inability to make music in his residential environment. As a result, he created the song to begin visualizing a home for himself and his artistic self. With its incredibly distinctive musicianship, the song is unconventional in many ways and has an incredibly lively mood to it. “35” is an extremely realistic instrumental piece and becomes appealing because of its many melodies and innovative character. It’s a piece of extremely enthusiastic music that just bizarrely celebrates emotions.

“35,” which was released on June 1st, 2022, and was recorded in North Wales, PA at Catapult Sound while Mark Evich created the beat in LA, is a song that draws the listener’s attention to how the system isn’t working for him/her and that you have to work for what you deserve.

Listen to “35” by Chad Lewine on Spotify and let us know what you think. Cheers!