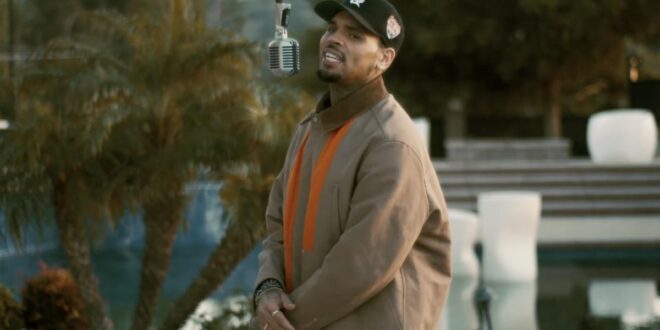 It’s “#BreezySeason” as Brown prepares for the release of his 10th studio album this month.

His career has been a long journey filled with its ups, downs, triumphs, and trials—and now Chris Brown is readying the release of his 10th studio album, Breezy. The 33-year-old superstar has been teasing the release of this record for some time, and now that we’re just weeks away from its arrival, Brown is increasing the pressure as he commands his rollout season.

Earlier yesterday (June 10), the hitmaker shared his latest release “Wheels Fall Off,” a presentation that was delivered via a “@4 Shooters Only Performance.” In the track’s visual, we find Brown in what looks to be a backyard as he performs with only a hanging retro microphone. The song itself shows the singer giving intimate takes on his thoughts and emotions while standing firm on his place in the industry as a legend.If this is what Breezy has to offer, fans will surely run this up to No. 1. Check out “Wheels Fall Off” and share your thoughts on Chris Brown’s latest.Notable Lyrics

If my heart break, no compensation for the damages
Never thought that I could feel so low
All that sh*t I did for n*ggas and they still so cold
And why that b*tch I really love won’t accept my lovin’?
I’m grown and I still don’t know (Oh)

Previous Guapdad 4000, Wiz Khalifa, & Curren$y Want You To Strike A “Pose”
Next J.Juice is “Poppin” With Big Krux In New Song.