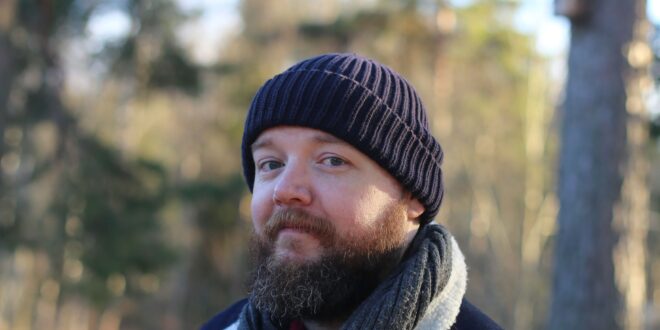 Derek Lee Goodreid, an Australian vocalist and musician, is establishing himself as one of the most productive and energetic experts. Derek’s mystery is a blend of several genres ranging from country to blues and rockabilly with songs that can lift your spirits. He has been drawn to music since he began playing guitar at the age of 18, causing a dip in his adoration for music and therefore becoming his rationale. Derek has spent a long time honing his skills and developing his signature sound while dealing with PTSD. On August 10, 2022, he released his track “Breakthru Hardtimes.”

Derek Lee, whose soulful vocals and captivating lyrics have been his powerhouse, demonstrates his worth on this new hit. Derek sings passionately with confidence and delights us with insightful lyrics in this song full of thought-provoking circumstances, attempting to enlighten listeners on practically anything that may make one susceptible.

“From failure, we can learn and grow, so don’t be afraid of it. There is no room for ruminating on the past and the negative thoughts that come from it when you have a clear mind focused on success. It took some time and it was difficult to see the light but with some professional support and good people in my life, I managed to crawl my way up from the hole I was in. This song was my anthem through those times.”

The soul-filled melody “Breakthru Hardtimes” was inspired by a severely long time that featured relationship disappointments, unemployment, and well-being concerns. Listeners are immediately intrigued by what the artist has to offer as soon as the music for “Breakthru Hardtimes” begins and his voice is heard. Derek attracts the listener and holds them enthralled till the music finishes with his overall sound and deep and personal poetry.

Derek’s performance is an epic delivery that displays his brilliance and vibrancy as he delivered with style, flare, and eloquence that resulted in a top-notch production, with the balanced and interesting instrumentals accompanying the song. “Breakthru Hardtimes” is pure music, and I’m confident it will appeal to a wide audience due to its universal message.

Listen to “Breakthru Hardtimes” by Derek Lee Goodreid on Spotify or SoundCloud and let us know what you think. Cheers!

You can follow Derek here and below for more information