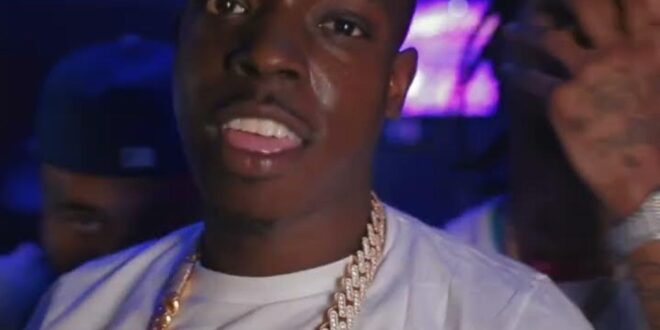 Doe Boy and Bobby Shmurda team up for “Catch A Body.”

Doe Boy and Bobby Shmurda have joined forces for a blistering new banger. The two came through with their new collaboration, “Catch A Body” this week. With production from ATL Jacob, Doe Boy’s cartoonishly menacing delivery and Bobby Shmurda’s high-energy create an exhilarating banger. Bobby’s flow, specifically, feels reminiscent of his earlier releases, prior to his incarceration. Doe Boy and Bobby pair excellently together, so hopefully, we hear more from them in the future.

The latest from Doe Boy arrives just a month after he released his debut album, OH REALLY. While “Catch A Body” marks Doe Boy and Bobby’s first record together, OH REALLY included a collaboration with the Cleveland star and Rowdy Rebel.

Check out Doe Boy and Bobby Shmurda’s new collaboration, “Catch A Body” below.

Notable Lyrics
Mr. Right away, hit a n***a right away
Choppas with the 30s and you know I’m with Ohio gang
It’s a lotta gang, it’s the lion, aye
Shoot him right away, shoot a n***a bright as day