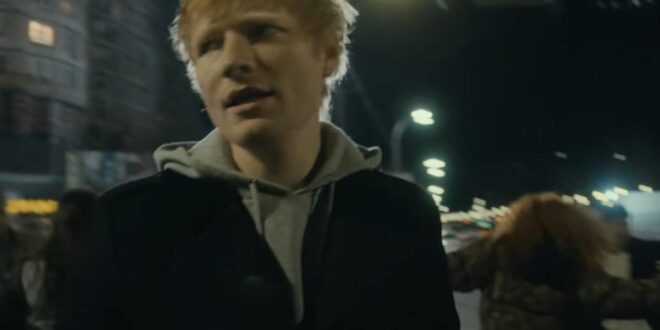 Sheeran penned a note explaining that he filmed the song’s music video in Ukraine ahead of Russia’s invasion.

They seem as if they would be an unlikely collaboration, but Ed Sheeran and Lil Baby have created their Pop-Rap masterpiece. Sheeran is known to push the limits with his collaborations as he works with people that many wouldn’t necessarily align him with musically, and as Lil Baby reigns in Hip Hop, these two hitmakers are the perfect fit on “2step.”

The joint single also arrives with a music video that was filmed in Kyiv, Ukraine ahead of Russia’s invasion. Sheeran penned a note that was included in the visual about his time in the country.

“I filmed the video for 2step in the city of Kyiv, Ukraine before the devastating acts of violence started to take place,” wrote the singer. “It was my first time visiting the country and I felt so welcomed during my stay there – everyone from the production crew to the many people I met across my days off. Ukraine is a proud and resilient country and I’m grateful to have had the chance to film my video there. I stand with Ukraine and will be donating my record royalties from YouTube streams of the video to the DEC’s Ukraine Humanitarian Appeal x.”

Stream “2step” by Ed Sheeran featuring Lil Baby and let us know what you think of this collaboration.