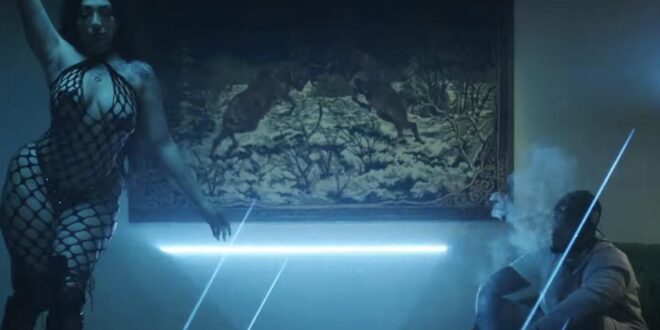 The brooding visual features all three artists along with a stripper who captivates with her pole skills.

We haven’t heard much from Travis Scott since his Astroworld fallout, but there have been rumors about the Texas rapper rolling out his forthcoming album, Utopia. With that on the horizon and a secret Coachella appearance under his belt, Scott re-emerges with an assist on Southside and Future’s latest single, “Hold That Heat.” The slow burner arrives with a noir, brooding visual that features all three artists along with a nearly nude stripper showing off her skills.

Southside and his 808 Mafia production team have been storming the charts and they don’t seem to be slowing down anytime soon. The platinum-selling, Grammy-nominated producer and artist has worked with the best of the best in Rap today, and on “Hold That Heat,” his work with Scott and Future has resulted in a haunting single that will be on heavy rotation.

Stream “Hold That Heat” by Southside and Future featuring Travis Scott and let us know what you think of this trifecta.