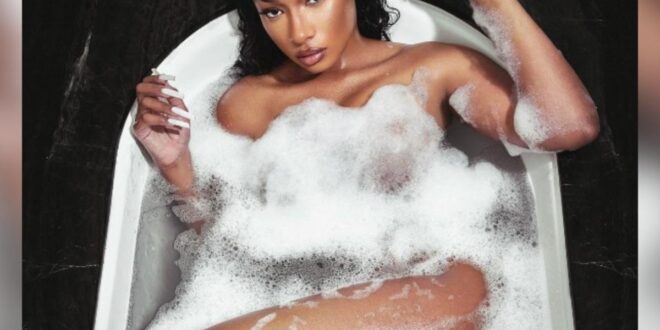 The Houston rapper previewed the track at Coachella last weekend.

It’s a track that first received attention after Megan Thee Stallion took to the Coachella stage last weekend to preview the single to her attentive audience and now “Plan B” has arrived. Megan graced Coachella with her presence and rocked her way through her set by performing her fan favorites, but it was this unreleased track that would cause the Houston star to go viral.

Immediately, fans began comparing Megan’s delivery on “Plan B” to sounds that were staples in the 1990s. She drew comparisons to early Lil Kim and similar women in Rap at the time, and days later, news of the arrival of “Plan B” was shared. It’s unclear if this is a one-off single or if it will find itself on Megan’s next album, but either way, her fans can’t get enough of this sound.

Meanwhile, the public has dissected several lines from “Plan B” and have speculated that Megan may have been rapping about Tory Lanez. However, he is not named in the track nor did she seem to reference the shooting they were involved in, so it seems that the public heard a few fiery bars and attempted to connect the two.

Stream “Plan B” by Megan Thee Stallion and share your thoughts.

Dear f*ck n*gga, still can’t believe I used to f*ck wit’ ya
Poppin’ Plan B’s ’cause I ain’t planned to be stuck wit’ ya
Damn, I see you still kick it with them opp b*tches (Opp b*tches)
I’m the only reason that your goofy ass got b*tches
All them hoes wanna look like me (Look like me)
B*tch most likely only f*ckin’ you just to spite me (Ayy, ayy, just to spite me)