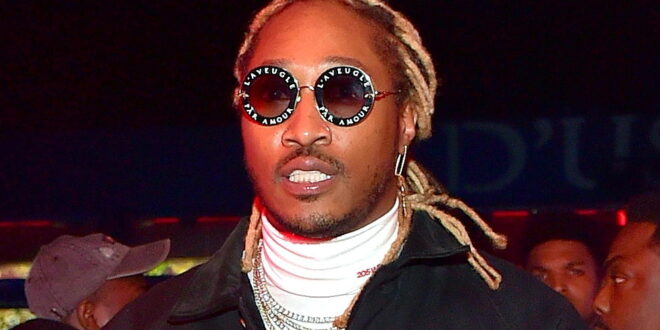 FreeWishes is dedicated to the legacy of Future’s maternal great-grandmother, Ruby Nell Gates.

Future and his nonprofit organization FreeWishes Foundation gave back to his community in a major way. Over the Easter holiday weekend, the Atlanta rapper unveiled a newly renovated weight room at his former high school and also hosted an Easter Egg Hunt Extravaganza.

On Friday (April 15) students at Columbia High School were treated to the first look at their new athletic facility. The 38-year-old rapper and his FreeWishes Foundation partnered with Foot Locker for the needed updates. This is the latest example of Foot Locker Atlanta partnering with a hometown hero for community initiatives. In December of 2021, Foot Locker Atlanta teamed up with 2Chainz and renovated the gym of his alma mater, North Clayton High School.

“Columbia has had the same weight room since I was attending there,” said Tia Wilburn, Future’s sister and Community Engagement Director of FreeWishes. “Since our foundation is very big on health and wellness it was important for us to help create an environment for students in which they could be comfortable, have pride, and perform their best. Also, research shows that students who are physically active tend to excel academically, have better attendance. They are less likely to struggle with depression and other mental health issues.” 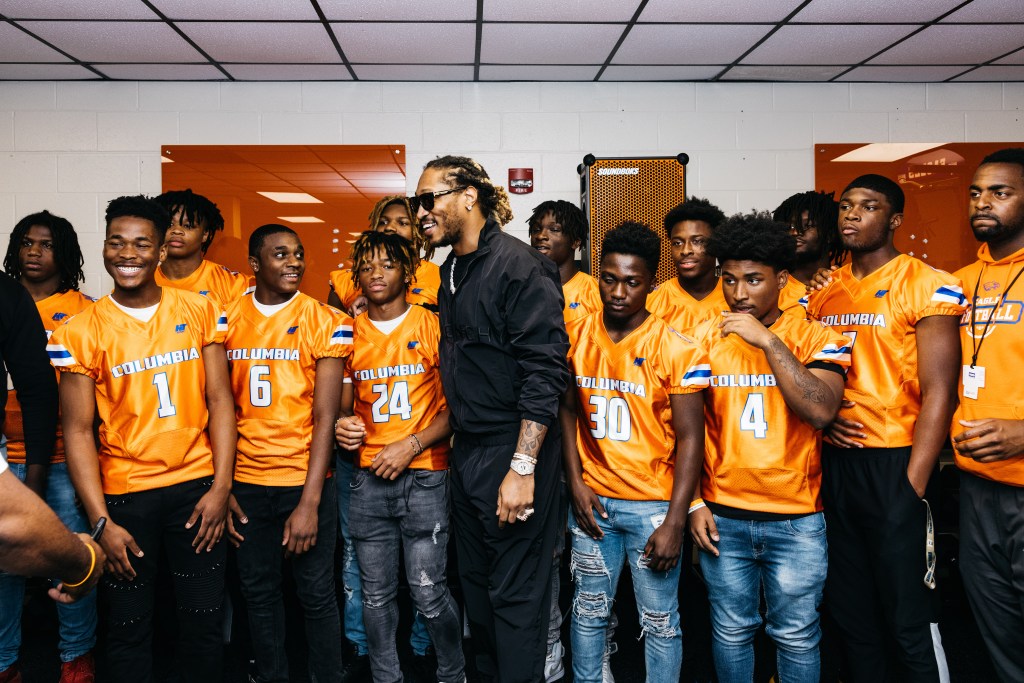 Future and FreeWishes followed up the Friday reveal with a free Easter event on Saturday, celebrating the religious holiday. The family-friendly affair brought crowds to Forest Park and featured several outdoor activities, including bounce houses, face painting, horseback riding, a mechanical bull, food, giveaways, and much more. Youth ages 12 and under were able to search the area for 30,000 eggs filled with candy and prizes.

“Our goal with this community-wide event is to bring people from all walks of life together to not only have a fun-filled day but to strengthen the bonds between them,” Future said of the Easter egg hunt.

“A lot of people were isolated since covid, and this is our chance to re-connect everyone and allow them to enjoy. We are all better together,” added Wilburn.

The FreeWishes Foundation was launched by the “Mask Off” rapper “to provide educational support, health & wellness, and transitional services to the community to empower them to be self-sufficient and allow their dreams to come alive,” according to the official website. The organization was created by Future and Tia Wilburn along with their mother Stephanie Jester.  FreeWishes is dedicated to the legacy of Future’s maternal great-grandmother, Ruby Nell Gates, affectionately known as “Big Mama.”