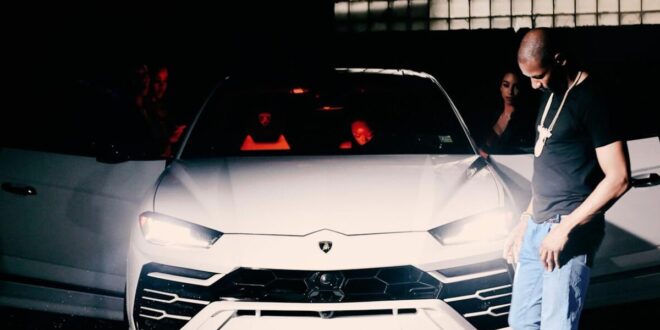 The UK rapper has delivered another banger.

Giggs has been busy this year. He’s released a whole slew of singles, including a collaboration with fellow UK rapper Aitch “Just Coz,” as well as “So Stubborn” with Jai Thinks. His work hasn’t gone unnoticed: Giggs got a pretty high-profile shout-out yesterday. Jay-Z name-dropped the influential British rapper in his verse on DJ Khaled’s God Did, saying that he sees “a lot of Hov” in him.

Giggs is living up to Hov’s praise on “Da Maximum,” his new single. The track is hard-hitting, with an Exorcist-like arpeggiating synth gliding over booming 808s and Giggs’ signature baritone delivery. Giggs growls verses detailing the winning life he’s leading. It’s a life of excess: “Still in the party, it’s May 18th / My birthday started on May the 11th,” Giggs boasts. He talks of his numerous romantic escapades, flaunts his penchant for violent ends, and name drops Get Out star Daniel Kaluuya.

Check out the new song below, and let us know what you think of it in the comments.

Dolce & Gabbana my jumpers are fitted
She came and sat on my lap and I hit it
I make da savages jump on a critic
Told em I would, said I couldn’t, I did it

Previous Kodak Black Returns With Another YouTube Single, “For No Reason”
Next Finesse2Tymes & MoneyBagg Yo Collab On “Black Visa”