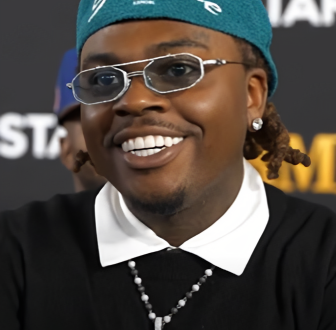 Gunna Serenades His Girl In The Visual For “Banking On Me”

Gunna’s song “Banking On Me” now has an official music video.

When Gunna’s DS4Ever was released back in January, there was one song, in particular, that was missing. That song just so happened to be “Banking On Me” which was going viral on TikTok at the time. Eventually, Gunna added the song to the deluxe version of the album, and since that time, the song has continued to be a hit amongst fans. Despite being locked up on RICO charges, Gunna’s team was able to come through for the fans today as they released the music video for the song.

This new visual contains various shots of Gunna and his significant other as they swap between two lifestyles. The first is one of someone who is on the come up, while the other is one of luxury. There are shots of a strip club throughout, and when you listen to the lyrics, you can tell there was a lot of thought put into matching up the images.

Hopefully, Gunna’s legal situation can be figured out sooner rather than later, as it is quite clear that he means a lot to his fans and the world of hip-hop as a whole.

Let us know what you think of the brand new music video, in the comments section down below.

Tags Banking On Me Gunna