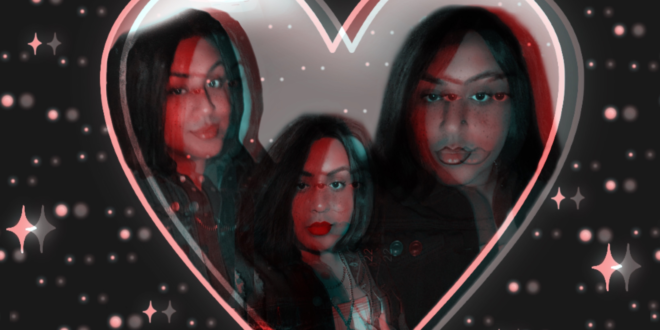 Gxbriel’s “Too Pretty” drips with confidence.

Known in real life as Armando Caceres, Gxbriel is a solo rapper from Arlington in the United States who crafts her rhymes and occasionally produces. She has been creating music since 2015, but she will begin publicly releasing her efforts in 2021 and her most recent release is titled “Too Pretty”, a hip hop track she released on 29th April this year.

Gxbriel’s musical inspiration is female empowerment. She wishes to be allowed to express herself and live freely. This impresses her, and she relishes the opportunity to do so. Gxbriel intends to make a splash soon on a mounted stage, as she is still yet to perform at any place.

Gxbriel is musically influenced by Megan Thee Stallion because she believes Megan is assertive and expresses herself via her songs. She also admires Lizzo for being able to conquer the music business while being plus-sized. This gives Gxbriel the confidence to continue working as an artist.

“Too Pretty,” by Gxbriel is a summer smash and a sumptuously smooth piece of experimental pop-rap that is eternally irresistible. This hip-hop song is out of the ordinary, with an unusual arrangement. It has a catchy beat, a calm atmosphere, and a thumping flow on the vocals that piques your curiosity and keeps you hooked.

This present endeavor, in particular, is about feeling yourself. Gxbriel is always hearing rappers brag about their appearance, so she decided to write a song expressing how she feels while also “antagonizing” the naysayers. Because she believes she has always been confident but has never shown that side in a song before, she decided to do something for the gorgeous people, and “Too Pretty” fits in nicely.

“Too Pretty” is Gxbriel’s fresh new single and is great for the start of summer! It’s a fantastic track that will have everyone banging to. The song was written and vocalized by Gxbriel and recorded in Arlington, Texas with the excellent engineer Cloud D Studios and producer X.O.

Listen to “Too Pretty” on Spotify and support the young artist. Cheers!

I’m too pretty to fight,
but maybe I just might
have to pull up on a b****
if they ain’t acting right
told this vato tread lite,
unless he wanna see the light

Previous Al Mur Releases “Goodbye Summer!”
Next Review Of Cael Dadian’s – “This Is Your Sign”