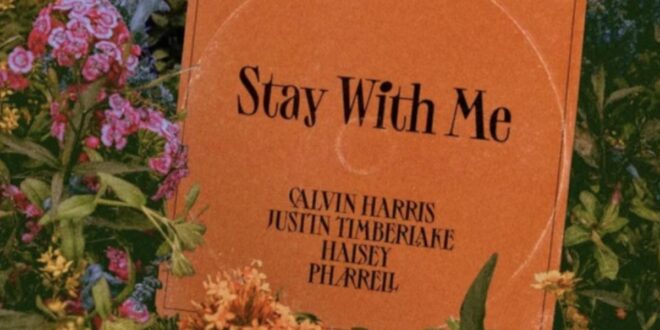 Are you ready for “Funk Wav Bounces Vol. 2” this August?

Calvin Harris has high expectations to live up to after 2017’s Funk Wav Bounces Vol. 1, and with the sequel’s arrival less than a month away, he’s certainly feeling the pressure right now, though the singles that he’s shared thus far have been very well received.

Most recently, the DJ delivered “Stay With Me” featuring some of the biggest names in the music industry – Justin Timberlake, Halsey, and Pharrell Williams.

The groovy tune was accompanied by a music video this weekend and follows other singles like “New Money” with 21 Savage and “Potion” in tandem with Dua Lipa and Young Thug.

Stream “Stay With Me” on Spotify or Soundcloud below, and let us know what your thoughts are in the comment section.

Hey, it’s a mess out there
They can leave, but we don’t care
We’ll stay, I’m good right here
I been waitin’ for you all year
Come play, make a mess right here
Do whatever, I like it weird
Okay, let ’em disappear
Say whatever you want to hear
Just stay