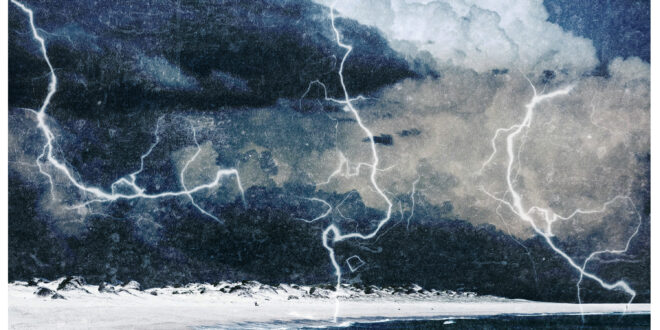 “Hurricanes features an epic guitar solo that takes us to another, more liberated dimension.”

Bryce Evans is a guitarist, vocalist, and songwriter from Longmont, United States. Bryce was previously in a band named “Yuppie Wagon” with Stan Brown, a bass guitarist, and Colin Brown, a drummer, but now, is a solo artist. Recently, Bryce released his new single titled ‘Hurricanes’ with an amazing guitar solo that transports us to another, more unfettered plane. The single was released on April 29th this year. Serene Sound Studios in Firestone, Colorado, was where the track was recorded, while Tim Gallagher mixed and mastered it.

‘Hurricanes’ was inspired by Bryce’s desire for a song that, when played, will relate his struggles with mental health. This made Bryce write the song for himself because he had his share of troubles and the song also depicts the storms we face in life because usually, everyone at a point in time faces some sort of issue. Thus, the song is about having mental issues.

Bryce’s ‘Hurricanes’ is an excellent composition and delivery, with honest and powerful lyrics. It begins quietly with some nice strummed electric guitar before bursting into the full band sound with Evans’ voice roaring over the top. The transition from the solo to the chorus is thrilling and uplifting. This is an excellent tune. His voice is quite distinct and prominent in the mix, and every word of his crucial message is easily heard.

Bryce Evans’ ‘Hurricanes’ demonstrates that he is a musician with extensive composing expertise. ‘Hurricanes’, his single, is a good song that is beautifully and passionately crafted and has acquired the capacity to keep the listener’s attention from beginning to end. Bryce performed at the Erie Concert in the park 2019 and his influences include Joe Bonamassa, Eric Clapton, Trapt, Rush, ZZ Top, The Doobie Brothers, Davy Knowles, and Neil Young, and others.

Listen to Bryce Evans’ ‘Hurricane’ on Spotify and let us know what you think of this amazing piece. Cheers!