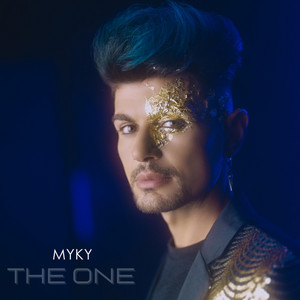 Myky is a pop performer from Cicciano, Italy. He began his musical career with the band “The Dreamers,” with whom he completed the Bootcamp round of the Italian X-Factor. He lived through the wonderful 1980s and 1990s, which he confesses inspired his music the most. Myky has released various works in the music field throughout his rule. In June 2018, he published “My Key,” his debut album of original music, which includes ten songs written by Myky. “Secret,” “A Day Of Sun,” “My Friend,” and “Bound To You” were among them. Myky released his second album, “MARS,” in June 2019 with the aid of his fans who actively backed crowdfunding via Music raisers. The album included the singles “I Don’t Care,” “Mars,” “La Fine,” on which he teamed with Mauro Fire and Luca Blindo, and “Killer.”

“The One,” Myky’s new song, is part of a two-sided album named “Gemini,” the first half of which is “Gemini (Castor)” and the latter of which is yet to be disclosed. The single is a potent dose of adorably explosive pop music based on melodies from the 1980s, rich in vibrancy and multidimensional motions. His most recent track, “The One,” is a fantastic blend of light and dark tones. The chromatic splotches give some unique qualities, while the rhythmic rhythms add a lot of complexity to the music. Plus, Myky has a pleasant voice that draws your attention as a listener.

“The One,” the artist claims “photographs a love that is an enchantment, encounter, the discovery of the other and oneself. It is the completion of two souls that only through understanding, connection, and embrace achieve the full expression of their being: one in two, two in one. Being two to better recognize one’s uniqueness, and see two uniqueness recomposed into a union.” His audio composition and vocals compliment each other so well. “The One” differs from the previous tunes in that it has a variety of emotions to it. However, I believe Myky has reached new heights in his music with this tune.

In the accompanying music video for this song, there is also a club setting with bright lights and dazzling outfits, Myky wears a glittery denim jacket, and sparkly makeup, and dances and sings in front of a crowd to the beat of the song. The video displays the song’s love and allows life to develop, flow, and dance in a tornado of nonverbal cues, lights, and reflective surfaces that duplicate, in the secret world of nightclubs, a mirror reflection of life’s impulses.

Myky released the song on the 20th of April this year and Angelo Sika, a young producer from the province of Naples, who has previously collaborated with Myky on his album’s completion produced it. Likewise, the video was written and directed by Elio Brusco.

Listen to “The One” on Spotify and do well to check the video out on YouTube and let us know what you think. Cheers!

Tags myky single the one video