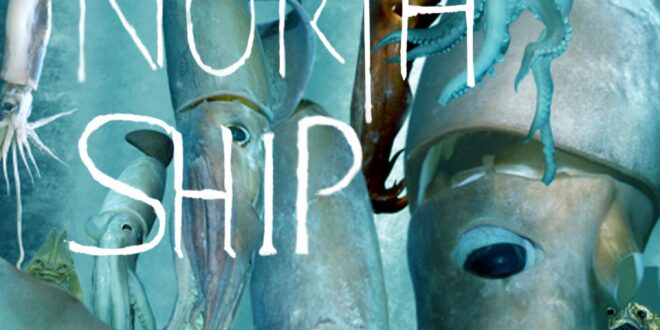 North Ship Comes Through With Their “Plastic House” Song

North Ship is Tom Golzen, a singer, guitarist, and composer, and Francis Norgaard Jensen, a drummer. Tom has been a professional, semi-professional, and passionate amateur for 110 years, and he was even contracted to EMI Germany as a songwriter in the 1990s. Francis is a well-regarded veteran of Copenhagen’s rock and jazz scenes, and those in the know regard him as the “go-to” drummer.

Since 2013, the pair has existed in different forms. The band’s sound has grown from quiet, atmospheric acoustic tunes with a cello and double bass guitar to its present lineup. North Ship performs live to backing tracks largely made using Logic and an Elektron Octatrack, an eight-track sampler. And now they’re back with their current track “Plastic House,” which has a submerged surreal touch to it after their previous hit “Green Light” put them in a daze.

North Ship’s “Plastic House” combines electronics with live guitar, percussion, and vocals. The song is about attempting to figure out who you are. North Ship has also created an immersive sound that immerses you in fathomless rhythms and seductive guitar melodies. It’s lovely how the song’s title repeats throughout the verses, causing the catchy tune to linger in the listener’s brain.

North Ship is familiarizing its listeners with the mood of the summer holidays just in time for summer. The beautiful string arrangements and soft guitar strums on this track are stunning. North Ship’s newest single “Plastic House,” driven by a rapid and entirely baffling percussion beat, transforms into a melodic fever dream near the song’s midpoint. North Ship has done an incredible job composing this tune, which is perfect for the summertime.

Listen to “Plastic House” by North Ship on Spotify and let us know what you think. Cheers!

There’s always room in this plastic house
There’s room to be who you are
Blazing comet or falling star
Are you a comet or a falling star?