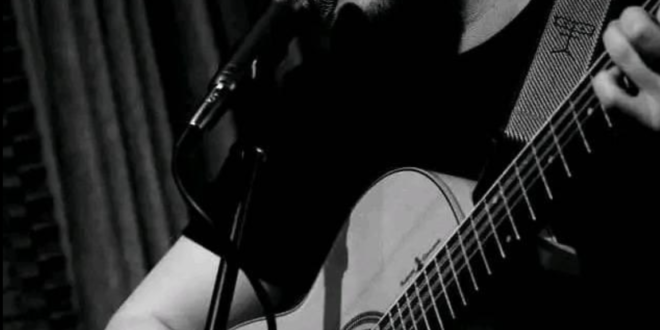 Del Scott Miller is a composer, musician, and poet from Barnsley, England, who specializes in alternative folk music. He has written and published seven albums as a solo artist and with a prior band since 2010, and he is now working on his eighth, which will be recorded next year. Invoking the realities and goals of his Northern working-class upbringing, his compositions frequently combine poetic and cinematic storylines with a guitar style shaped by jazz and classical traditions as well as his singer/songwriter inspirations.

Del’s current single, “Repeat Myself,” is the first in a planned series of single releases between now and 2023. They are songs that he believes complement one other and should be released as singles. Also, Del Scott Miller’s songs manage to claw at your emotions while making you admire him.

“Repeat Myself” is a fantastic song with excellent language. It has minimal instrumentation and appealing vocals. Del’s acoustic guitar complements the vocals, and he produces an immersive experience on this track. The tune is melodic and played on acoustic guitar with compassion and sincerity, with lyrics that entice the listener with lyrics about an unaccomplished destiny and situations left undone.

“Repeat Myself” starts with an acoustic guitar that creates an ethereal feeling in the mix. Del’s vocals are pleasant and his soft voice establishes the mix and context of the song well. He managed to sustain a relatively calm tone throughout its nearly 3-minute duration, thanks to dreamy ambient sounds and basic, yet appropriate guitar chord progressions. . “Repeat Myself” is simply a beautiful track.

Listen to “Repeat Myself” by Del Scott Miller on Spotify and let us know what you think. Cheers!

The unfilled hours, the points never made,
blessings counted on one thumb.
Honey sours having never found a worthy tongue