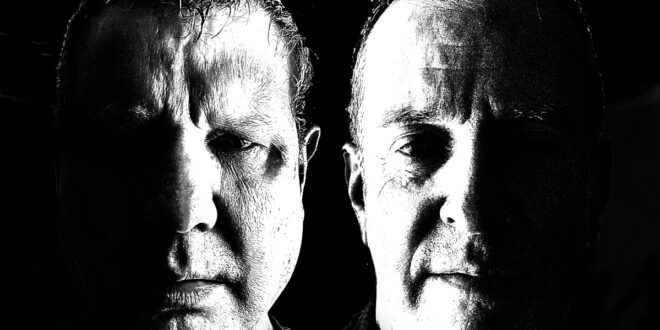 Lee Leffler, guitarist, keyboardist, vocalist, and lyricist, and Michael Frackleton, drummer, bassist, percussionist, keyboardist, vocalist, and lyricist, make up the Boston-based Dream of a Man in a Top Hat Cold Hard Dirt. The pair have been vocal collaborators since their days in Native Tongue. In the 1980s, this band joined together to create joyful post-punk melodies. And here they are with their fresh new track “Cold Hard Dirt,” which was released on June 17th, 2022.

Dream of a Man in a Top Hat, with equal parts psychedelic, post-punk, and alternative rock, has had its songs placed in 60 Spotify playlists (including those from Melting Trends, Obscure Sound, We Love Lo-fi, and Indie Rock Cafe), cracked the SubmitHub top ten charts (Experimental rock), and received numerous positive reviews for their previously released EP and album.

Their song “Cold Hard Dirt” is mesmerizing and soothing, beginning with unusual rhythm beats and gentle guitar lines. The melody touches you both emotionally and socially. The band has created a piece of exquisite music with calming voices, deity musicality, and the acting ability for weeks straight.

Because of its amazing combination of rock and electronic sounds, the song has a strong country vibe that makes the listener feel energy and enthusiasm in his/her heart. The song’s rhythms will keep listeners fascinated from beginning to finish, and the beats and crystalline vocals are simple to rock. They are quite nicely put together and provide an excellent backdrop for the song.

Listen to “Cold Hard Dirt” by Dream of a Man in a Top Hat on Spotify and let us know what you think. Cheers!