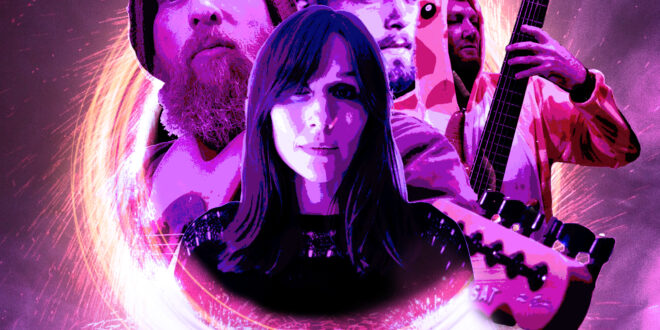 Review Of Dub Zoo’s- “Game Over”

DUB ZOO’s Game Over is a high-energy ska tune that celebrates the liberation of leaving a bad relationship, rather than a standard melancholy break-up song.

Dub Zoo, an Australian-based band from the Sunshine Coast, is a one-of-a-kind genre-bending act created by a collection of dub-wise musicians who all share a love of improvisation. Recently the band is back with a bang, offering out their new single ‘Game Over.’ Game Over is DUB ZOO’s first new music of 2022 and a preview of what’s to come as the band prepares for their impending album release while simultaneously establishing themselves as an independent touring act and self-produced recording band in a post-Covid future.

DUB ZOO, the group of Sunshine Coast-based artists, began as an experimental collaboration, investigating the concept that lives improvisation may be an immersive and transforming experience for both the musician and the listener. This single was published on 15th April 2022.

As Dub Zoo says, while dealing with toxic or violent relationships, harnessing the creative powers of music is therapeutic.
“Most of us have been there at some point in our lives, feeling trapped in a situation and not fully knowing how to get free. It could be a crazy partner or manipulative boss, a co-dependent family member, or just a wild fling that’s run its course. In any case, it’s become unhealthy and you need to get out! It might sound like an oxymoron but Game Over is a happy break-up song. It’s about that liberating moment when you realize that you’ve been choosing something that‘s been hurting you and now it’s time to choose something else and move on with your life,” they said.

Ric Halstead, a long-time friend, and colleague of the band wrote a memorable horn line for the piece. Halstead is an excellent jazz player who has previously collaborated with Herbie Hancock and Chick Corea.

The guitar skanks abound in “Game Over”, and there’s lots of dub wizardry with small layers of the environment, all allowing guest vocalist Ben Goldstein (Hot Potato Band) to unleash his suave vocal takes.

Exasperated poetry develops in a stream of mind with mesmerizing vocal delivery. It’s infectious, memorable, and repetitious all at the same time. There’s an exciting feel to it, but maybe that’s the goal as the chorus of this melancholically happy music comes around again.

Listen to “Game Over” by Dub Zoo on their Spotify and let us know what you think. Cheers!

Previous “Won’t Give Up,” a street anthem by Nox Shabba, is released.
Next JAMAICAN ARTIST JADA KINGDOM RETURNS WITH ‘LAST NIGHT’ MUSIC VIDEO