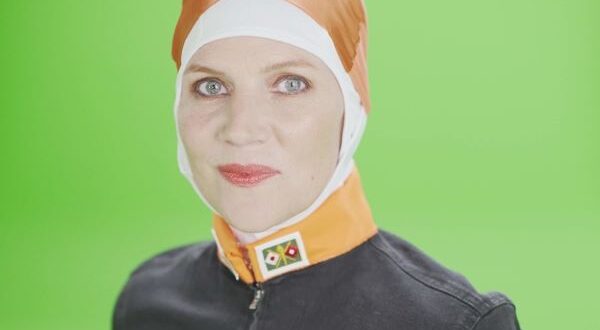 It’s another lovely day, and we welcome back Canadian singer Camille Miller, better known as Major Kami, to our blog. During our previous feature with her, we gathered that she presently lives in Bordeaux, a French suburb. Major Kami, as I’ve become familiar with her, is a true artist who makes stunningly lovely songs that are expertly structured to have the most effect. Her catalog is full of wonderfully designed tunes. But today, we’ll be talking about her cover of “A Better Future,” originally sung by David Bowie and composed to express his desire for a better future for his daughter. Major Kami published this on October 28th. Now, let me clarify the song for you.

Starting with an enticement that will grab your interest as soon as Major Kami’s vocal is delivered, the song’s wording is plain and honest, with meaningful themes incorporated together with some interesting atmospheric and electronic sound elements. Major Kami’s vocal delivery combines perfectly with her brilliant lyricism, which is backed by a lush melody and light drumbeat in the accompaniment played on an addictive electronic riff. That, I can say, is genuine musical knowledge that transports listeners to another realm. The pace is solid throughout, and the drum kit has a good beat that accents the song perfectly.

“A Better Future,” as the title suggests, is a song about having a brighter life to live as the lyrics highlight the singer’s expectations for “a better future” for her offspring from her spouse, or else she will quit loving him. As a result, the song is incredibly relevant in today’s world and  I admired how she employed such a soothing melody to deliver clear content. The song can become genuinely unforgettable and play over and over in anyone’s head due to Major’s constant screaming “I demand a better future.” Also, it’s a song that deals with David Bowie’s background while also leaving a lot of opportunities for our minds to imagine a better future.

Overall, “A Better Future” is a beautiful composition, and Major Kami’s delivery style is one I’ve rarely experienced before and was undoubtedly a treat to the emotions. The vocal arrangements and delivery are so captivating that they add dimensions to the song and create the intended atmosphere in addition to the gripping narrative.

Listen to “A Better Future” by Major Kami on Spotify or SoundCloud and let us know what you think. Cheers!

You can follow Major Kami here for more information.