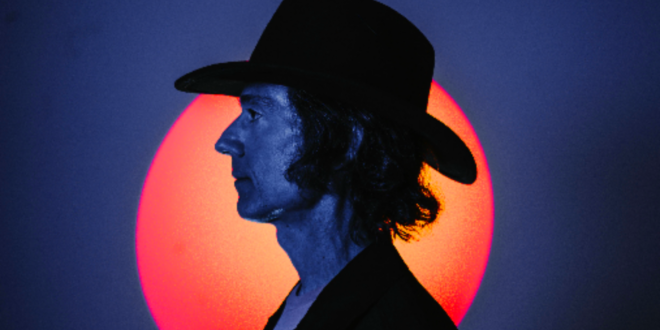 Mark Winters, who is based in Texas, has been described as a soulful songwriter, a clever poet, a passionate musician, an entrepreneur, an optimist, a family man, and a legitimate rocket scientist. Marks’ main influences are John Mayer, Tom Petty, and Jason Mraz, and his music begins with poetry and creative inspiration, and he uses his “rocket scientist brain” to find structures that allow him to explore that initial burst of inspiration and feeling, such as writing haikus, which is his favorite. Mark plays as a solo/duo and full band shows as Mark Winters and the Jetliners. Mark has released a couple of tracks from 2019 to date, as well as the “Boundary Layer” album, which was released this year. Mark’s “Boundary Layer” album contained “Heartbeat” as the second single, which was released on March 8th of this year.

“Heartbeats” begins with an interesting guitar opening that relates to an overwhelming troop, immediately introducing its pulse of what is to follow, while the wonderful infusion of soft vocals with softer sounds and muffled beats makes for a delightful pleasure after a long day. Also, the pleasant riffs wonderfully match the lyrics and add to the overall feel of the song.

“Heartbeat” is a very strong and beautiful song that will undoubtedly hold a particular place in Mark’s heart since every peak of high adrenaline serves as his inspiration for “Heartbeat.” Mark Winters is a musical talent, and his song proves it. With its wonderful instrumentation that will have you moving, the song is captivating and likely to get stuck in your brain. It is no surprise that listeners would enjoy the words as much as the music since they are charming and make the song a lovely feast for the hearing.

As described by the Indie Band Guru, Winters writes songs that are catchy and engaging that will brighten your day and lift your mood, and “Heartbeat” is no exception. Listen to “Heartbeat” by Mark Winters on Spotify and let us know what you think. Cheers!

Notable Lyrics
Heartbeat, my Heart Beat its rushing thru my veins
Heartbeat, oh Heart Beat its pumping through my Brain
Now is time to catch my breath
Slowing down avoids my death
Recovering my mind before I hop back into the grind