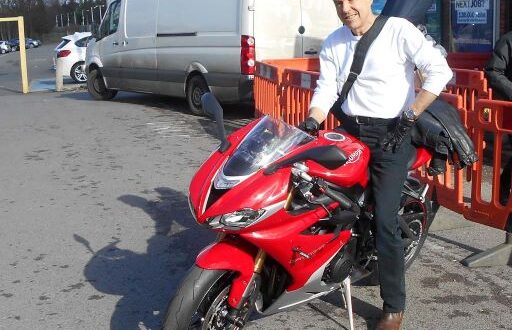 Review Of Mick J. Clark’s “I Want It More Than You”

Mick J. Clark, a singer/songwriter on the Sonorus Record Label with over 1,000,000 Streams on his tracks, is a native of Croydon in the United Kingdom. With over 60 songs written, Mick was nominated for 64 Grammy Awards for his album “Causes,” which is very impressive. On October 3rd, he released “I Want It More Than You,” a peppy and addictive single with comparable origins in the rock influence of the 1970s to 80s.

The gloriously rich guitar melodies and percussion instruments immediately establish the mood for the song and mark a rock anthem that devours and is suitable to engage with listeners. “I Want It More Than You” is a fresh, melodious, lively, and delightful tune with the perfect vibes to brighten our day right from the outset. It has electrifying beats and a great speed with just the right amount of enthusiasm. The melody truly flows and holds us engaged throughout the parts, while Mick J’s vocals are rendered attractively, giving the song a novel touch and making it irresistible. The tempo is very well, and the sounds chosen for each beat fit perfectly with the ambient, adding to the song’s aesthetic success.

“I Want It More Than You,” with a total run duration of 4 minutes and 5 seconds and tons of rhythm, and an impassioned message is a championship sound in my opinion. This is because it is a song written by Mick J for England in preparation for the 2022 World Cup. This is to inform the England National Team that the opposing countries are all in it for the prize, so they should give their all and play to the best of their abilities. This song is not only about the World Cup, but it is also dedicated to anybody who finds himself or herself in a competition. “I Want It More Than You” acts as an encouragement to these individuals, challenging them to sacrifice and strive to be the victor in any manner they can.

Overall, I believe Mick J. Clark’s superb vocal harmony and delivery elevated the song, and its strums and strings created a compelling and intriguing flow. The arrangement is simple, with sufficient space and breathing room for the melody, as well as lovely robust instrumentation that has a powerful impact. As captivating as the tune is, it perfectly complements the lyrics and creates an engrossing mood beyond reality. Listening to “I Want It More Than You” has altered my perspective on getting sidetracked and encouraged me to bring out the best in myself.

Listen to “I Want It More Than You” by Mick J. Clark on Spotify or SoundCloud and let us know your thoughts. Cheers!

You can follow Mick J. Clark here for more information.

Tags I Want It More Than You Mick J. Clark review world cup