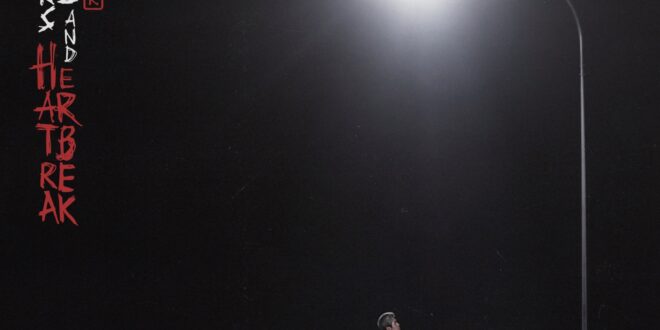 Review Of N4November’s “Mistakes and Heartbreak”

N4November is a Sydney-based Filipino-Chinese lead vocalist, guitarist, and composer who puts his heart and soul into his songs. He released his first song in 2019, which prompted him to create more music. Alex composes songs about mental illness, discussions, and abandonment. Furthermore, he writes, sings, and plays guitar and drums in all of his tunes. His current hit, “Mistakes and Heartbreak,” which is being discussed today, is his third single, but it is the very first song he composed when he was 16 years old. This piece was released recently on the Seventeenth day of June this year.

Bright and ecstatic, the new single from Sydney-based singer-songwriter N4November bursts through the barricades with a massive chorus. Captivating piano melodies mix with booming rhythms to create an epic soundscape underpinning for N4November’s voice. The tune has some lovely harmonies and a light instrumental accompaniment for the start, yet the lines pierce deep with passion in his singing.

“Mistakes and Heartbreak” is just a powerful ballad about regret. As the title indicates, a slew of blunders led to grief. A person learning and evolving as a result of his mistakes, wishing he had known what he knows now so he might have been a better person. This song expresses the artist’s intense feelings through tranquil and relaxing music designed to delight the ears of the listener. N4November delivers his lively lyrics with powerful vocal delivery. There’s no mistake about it, N4November is giving it his best on the track. His enthusiasm is mirrored in the instrumental, “Mistakes and Heartbreaks,” which is bold and outspoken and has the appropriate sound to complement the bright and powerful lyrics.

On his new single, N4November lets us know right away that he’s not here to play around. The guitars melt away in the verses to allow his voice to shine out in the mix, and with immense sub-bass and swelling pads, keys, and synthesizers, you find yourself engulfed in the song’s grandeur. When the chorus returns, the guitars burst through the song’s crescendo, adding extra loudness.

Listen to “Mistakes and Heartbreak” by N4November on Spotify and let us know what you think. Cheers!