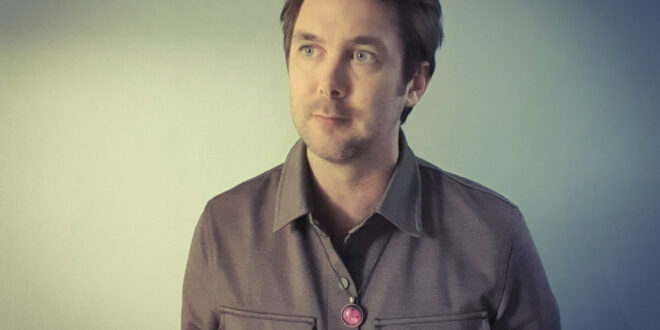 Odonian Drifts is a solo Nottingham guitarist who goes by the name Iain Rowley. He began in 2021 as the solo project of a poet, artist, and scholar I.S., and has evolved into a real one-of-a-kind event. “Retroactive Enchantment,” his current single, is the third track off his planned album, “Earwitness on Trial,” which will be published in the summer of 2022.

This song originated as a solo piano demo recorded on Valentine’s Day to commemorate the 40th anniversary of the inaugural ‘Loft’ party in New York City, coordinated by famed DJ/producer David Mancuso. This tune is an attempt to inspire individuals and rediscover the joy in the community again, as the artist dedicates it to those who have spent most of the epidemic dancing largely with their shadows.

Beginning with natural noises and atonal synthesizers, the music progresses into a cinematic panorama of digital instruments and occasional FX functioning as décor. Ian’s voice quietly enunciates its written lyrics about a dream, blending the tangible and ethereal.

Listen to “Retroactive Enchantment” by Odonian Drifts on Spotify and let us know what you think. Cheers!