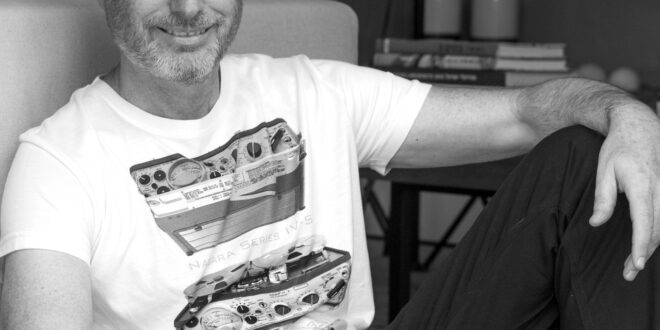 Tal Yaniv, also known as Croptal in the music business, is an Israeli musician and keyboard player who has published his debut album “Works 2020-2022,” which includes eight electronic, instrumental musical compositions recorded and created throughout this period. Croptal’s new album blends piano records with synths, modified rhythms, and tape loops. He published it on March 25th of this year.

Seven of the eight tracks are originals, while one is a cover rendition of the song ‘Xtasea’ by Pierre Morelen’s Gong. The range of musical ideas and creative orientations on this album demonstrates the composer’s and producer’s abilities.

The opening tune, “Mission,” is one of the most aptly named songs I’ve heard. It is a pretty strange track that serves as an excellent introduction to this compilation of music. Croptal’s superb sound design and amazing orchestration shine through in Mission. A soundtrack that transports you on a journey till a bass line makes you wonder what you’re listening to right now. The tune ends with a tribal twist that is all the more effective in getting the listener to stand up due to the lengthy buildup. It also provides insight into the artist’s thought process and his concept of a musical journey.

The second tune on this album made me sit up and thought of the artist. “Impressed” is wonderful music that begins with a simple bass rhythm and gradually progresses into an ethereal dimension of aural bliss. The sounds take you on a deep and psychedelic journey while simultaneously being calming.

So far, this album has been incredibly fascinating, with a style being developed, or so I thought. In the third track, “Long Haul” Croptal surprises the listener even more with a very industrial but foresty bass line. The bass beat is accompanied by mesmerizing noises that create a psychedelic mood. The mix is outstanding at times, with a spiral of synth leads and piano notes mixed with a strong bass line and some percussions that blend in surprisingly nicely.

“Dim Dum” continues the bassline from “Long haul” but with a darker tone. The modulation on the lead is a fantastic touch that adds movement to the music. This time, the ambient keys are eerier, with a stronger organ feel. An eerie atmosphere with some fantastic leads that seem to bounce all around you. The percussions are just where they should be, and I’m amazed at how nicely they fit into the soundscape.

This album’s highlights include “Piano Trek 1 and 2.” Music that transports you to another planet entirely. ‘Piano Trek 1’ is a steady descent into another realm. As you progress, you become aware of the intensity of the sensation you are having. Croptal’s effects have created an awareness that is integrated into the arrangement. The piano riff is stunning, especially when the temporal effects cause it to ripple all around you. ‘Piano Trek 2’, on the other hand, is upbeat and begins with a bassline. Cryptal recounts the story behind these tracks in the interview below. The part includes some incredible ambient sounds that wrap themselves around you. Shakers are used creatively not only as percussion but also as a sweep to highlight a shift in the music.

Croptal’s commitment to detail reappears with “Minimalist” on the album. He ensures that each track has a decent narrative and can stand on its own. This song begins with a repetitive appregiated theme that gradually increases in intensity with some well-placed risers. When the modest bassline is introduced, the sounds are thus adjusted to make a narrative that flies.

“Xtasea” is the appropriate ending to this lovely album. It is a display of Croptal’s musical experimentation. A tune with noises that you would never consider melodic yet strangely fit nicely into the mix. Croptal’s incredible skill as a sound architect is clear here as he constructs a lovely universe within your brain. Near the end, there’s a guitar-like lead that just makes my thoughts swirl into one another.