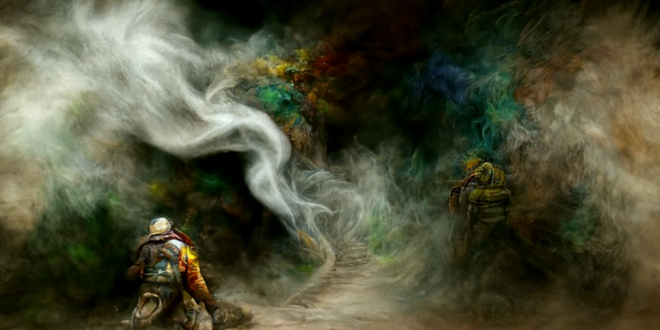 Perttu Leinonen is a Finnish composer who investigates many facets of musicality. On July 18, 2022, Perttu launched an album he calls “Hidden Path”. It is an eight-track album with a total running duration of one hour that is full of Perttu’s hallmark of an outstanding blend of dub, techno, classical, jazz, ambient, and noise. His way of conveying enchanting sounds to the ears of his listeners is undeniably genuine art and he presents to his audience this visual album filled with true talent.

Songs on this pure album include “Field of Hay,” “Reipatirei Reissumies,” “Progen,” “Murha Kalliot,” “Isot Saappaat,” “Sanity Fails,” “Dondebook,” and “What’s Up?” Perrtu infuses every song with his way of expressing himself over rhythms that speak to individuals deep within them. Because the album draws methods, genres, and light touches from an almost gorgeous genre you could ever dream of, this album is created as a full piece of art and this is a superb artist in that respect.

This is for adventurous people that are open to different genres and able to enjoy different aspects of music from jazz, and classical to techno and noise. It’s soft and quiet and danceable yet ambient. Musical, yet experimental. Pleasing, yet surprising.

From the first single, “Field of Hay,” to the last, “What’s Up?” (all of which are my favorites), the listener notices the beautiful transition and connection from one song to the next and how each gives Perttu’s pure vibes. His approach to working on the record by bringing in different genres is flawless. Each song, no matter how silent, conveys serenity and calm. Perttu just composed these songs for the listener to gain peace from them.

Perttu refers to this album as an adventure, a learning process that comes with being open-minded. He does not have the desire to stop composing these amazing songs since he sees them as an expedition he wishes to go on. This album has danceable and inventive songs. According to Perttu, he aspires to find someone who would listen to his music and say things like, “I think I know what you mean as an artist.”

Listen to the “Hidden Path” album by Perttu Leinonen on Spotify or SoundCloud and let us know what you think. Cheers!

You can follow Perttu Leinonen here for more information.