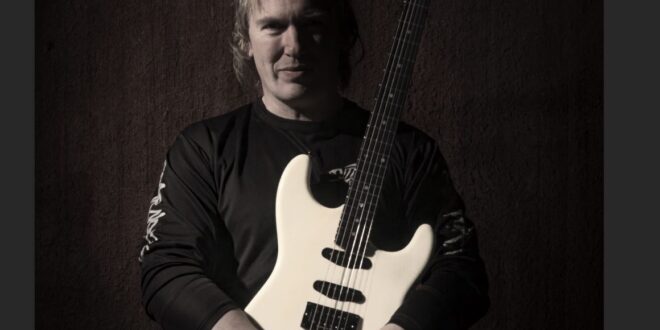 Ts Music, actual name Tron Sturle Aune, has published his “So Far” extended playlist (EP). After his rock career with the band “CRAVE” was put on pause, the skilled guitarist has been composing melodic music from a home studio for the past year. Jeff Beck, John Petrucci, and Zakk Wylde have all impacted him. On July 1st, 2022, Ts Music’s “So Far” EP was released.

Songs on the six-track instrumental EP include “Cosmic,” “Faberge,” “Mana,” “Systema Naturae,” “Tree of Life,” and “Windsor.” The all-pop EP demonstrates Ts Music’s skill. The multifaceted musician who does everything himself shows off his abilities on “Cosmic,” the opening song on the EP, which features excellent instrumentation and lovely sensations. “Faberge” maintains the same gorgeous sounds of the lead single. “Mana,” in contrast to the previous tracks, is calm and provides the listener with a sense of tranquility.

“Systema Naturae,” the fourth single, is rich and vigorous in its harmonies. Tron Sturle exhibits amazing musical ability, particularly with his guitar skills. “Tree Of Life” is Ep’s fifth single, and it begins incredibly lively and sweetly, highlighting Ts’ ability with guitar riffs. The final song on the EP, “Windsor,” demonstrates how Ts Music is affected by great pop musicians he continued listening to with exquisite layering and how he pushes the sound of guitars and plays with new frequencies and techniques.

Ts Music’s ability with his guitar and other important instruments demonstrates the beauty of each song on the Ep. Though the record lacks vocals, you can feel it speaks to your emotions. The album is loaded with songs that make you want to beat your foot with your eyes closed simply to drink it all in because there is uniqueness. Tron Sturle has extended his wings with the release of his new EP, “So Far.” It has good, lovely instrumental tracks and plenty of fairy dust to take them well beyond boundaries.

Listen to the “So Far” Ep by Ts Music on Spotify and let us know what you think. Cheers!