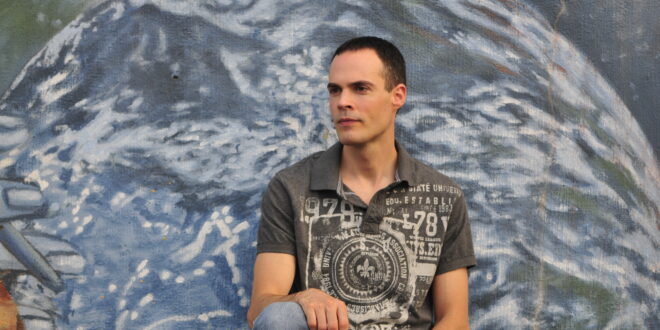 Review of Rich Anthony’s “Something Better”

Rich Anthony, a Pop singer-songwriter from Illinois, has been writing songs for over three decades intending to create catchy yet meaningful music. The most recent offering in this attempt is “Something Better,” which was released on March 31, 2022, and he has shown mastery in how he creates music with analog tools.

According to Rich, “Something Better” is a song he penned in the 1980s and recorded in the early 1990s, but it was only recently uploaded online. The song is an energetic pop song about moving on in life. The synth compositions, along with the delicate playing of the percussions and harmonies, swiftly transport you to another world. The addition of his voice transformed the song into an 80s power anthem.

Because the words are cheerful and inspiring, “Something Better” is a strong song that many people can connect to while dealing with inner voices and combating skepticism. Furthermore, “Something Better” has that catchy beat and melody line that takes over your body as you listen to it.

The entire song rises with intensity and suspense, then gradually fades away towards its outro, and as the vocals fade out into the distance, it has a dark impact on the tune, as all the anticipation and advancement felt passed away as everything does. It’s a song that combines melancholy and beauty at the same time, and it’s supported by production that makes the entire tune feel medieval.

Listen to “Something Better” by Rich Anthony on Spotify and let us know what you think. Cheers!