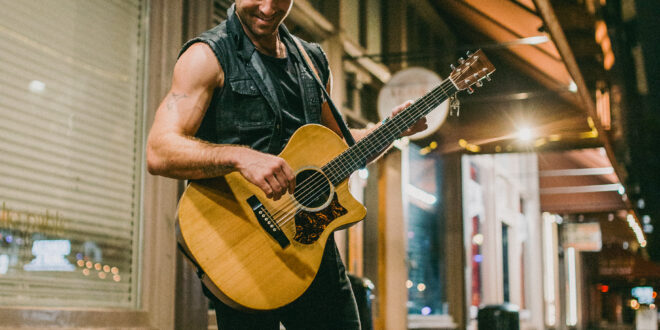 Review Of Sammy Listoe’s “Ways To Forget You”

Sammy Listoe is the lead singer and rhythm guitarist. He collaborates with a producer to develop his full-band tracks and presently collaborates with several musicians for live full-band gigs. He is an Oceanside-based artist who grew up in a musical household in Great Falls, Montana. Sammy has made a name for himself in the industry by releasing unique tracks and released his single “Ways To Forget You” on July 22nd of this year.

“Ways To Forget You” is a fantastic tune that combines elements of rock and country music. The Oceanic-based singer focuses heavily on drums and acoustic guitar in his verses, with spurts of frenetic choruses that are hard to overlook. The song begins with the artist’s voice, followed by an acoustic guitar melody. Shortly, Sammy’s wonderful vocals are joined by an acoustic guitar beat and some bass and drums stuffing in the shortfalls. “Ways To Forget You” has a soaring riff that rises in intensity until the plummet.

“Ways To Forget You,” as described by Sammy Listoe, is a summer breakup ballad that began as an acoustic memoir and evolved into a studio country rock jam. He says he wanted the production to sound like freedom. It’s like driving down the California coast highway, blaring your favorite music, and leaving every trace of grief in the rearview mirror.

The tune captivates the listener with a load of delicate and gloomy touches. Sammy understands how to play with your feelings. In the verses, his singing, supported by his mother, Connie’s voice heard in the harmonies throughout the song, appears so wonderful. Sammy’s strong vocals on the track are wonderfully complimented by the strong percussion and guitar licks. His voice has an appealing tone that could draw in listeners.

Sammy’s style reminds me of Kings of Leon, whose music has served as the soundtrack to his life. Also, Dierks Bentley introduced Sammy to country music, and he admires him. Kip Moore has also influenced him, with his lyrics and arrangements inspiring him throughout the years. Sammy has recently discovered Koe Wetzyl’s music and says he likes the rock component of it as well as the Austin Texas vibe.

Listen to “Ways To Forget You” by Sammy Listoe on Spotify and SoundCloud and let us know what you think. Cheers!