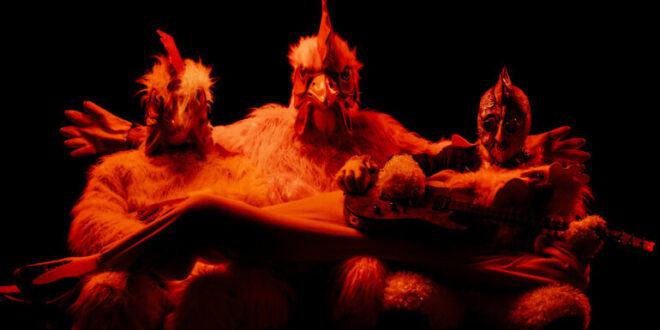 Allen’s Hand is an Athens-based four-piece rock band that has published three albums since its start, won the Greek National Nakas Band contest in 2012, and performed at the country’s famed School Wave Festival in 2013. They have launched their hard-hitting new track and video “Poutsatron,” which develops a story focusing on the darker form of your inner self, comparable to Mr. Hyde or the Hulk. “Poutsatron” was launched on July 15, 2022.

The song and video are a meditation on self-control and finding inner calm while you’re on the point of erupting. The group’s four-part video series, which comprised singles “Figurine,” “Thermochemistry,” and “Pia Colada,” concludes with “Poutsatron.”

The song has considerable roughness, which gives it a rock feel. The band has a superb sense of melody and tone, resulting in beautiful soundscapes. Their harmonies are highly intuitive, resulting in the best. With so much going on with the percussion and guitars, the song is to desire. The drums are strong but not heavy, the guitar riffs are just perfect.

The video depicts a gas station heist gone wrong before the masked robbers kidnap Larry, the band’s drummer, and his small son, who is shown sleeping in the passenger seat, and holding them hostage in their effort to flee. While the thieves laugh and taunt the chicken guy, he begs them to let him and his son leave and to allow him to give his son some unnamed prescription found in the car’s trunk.

As the situation worsens and the thieves’ ridicule of the man continues, the wrath within him boils over and he begins to fight back. The chicken guy lays an explosive egg that sets the automobile in flames after extracting his son from the vehicle, which is now filled with the kidnappers’ blood.

Allen’s Hand has made every aspect of the song excellent. Each ingredient has a definite function and has a certain place in the mix, and it all works so wonderfully and effectively. The vocals are excellent, with a deep depth and lyrics that move us. This magnificent track is the capstone of the entire cooperation of the band.

Listen to “Poutsatron” by Allen’s Hand on Spotify and watch the video with the above link and let us know what you think. Cheers!