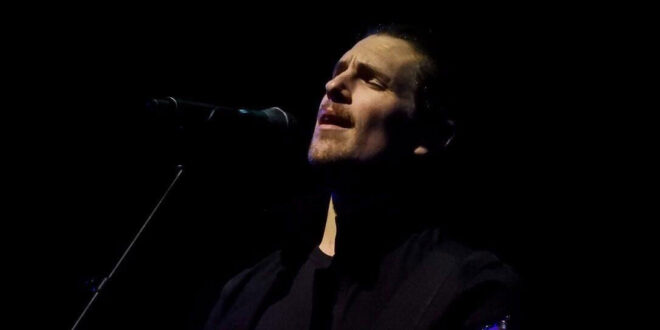 Satellite Train, which began as a fun side project amongst friends, is an Australian-based band with 9 members who include both Americans and Australians. They are a classic rock, soft rock, and rock-pop band whose songs perfectly reflect their style, with melodic vocals and colorful musicianship that titillates their listeners. The band premiered their single, “Broken Heart,” on October 21st, and it’s a tune I can confidently state is delightfully arranged with diverse soundscapes that make the song exceedingly mesmerizing.

“Broken Heart,” which opens melodically, is endorsed by the song’s precise drum progression and the track’s top-notch production. After 10 seconds, the entrancing beat drops, welcoming the singer’s honey-soft vocals that flow with uninterrupted elegance. The melody is quite incredible and infectious, making the music very irresistible. Also, the female vocalist that backs the song and sings a piece as the song reaches the third minute gives a special flavor to the music that can only be conveyed in our feelings. It’s something that simply smacks you in the gut. It’s in such admiration. The passion and ability behind the production are also exceptional.

When it comes to the song’s profundity, it is undeniably a broken heart song, thus we can sense the emotional tones in the performers’ voices, which is riveting. According to my interpretation of the lyrics, the song is about a partner who has acknowledged all of his defects in a relationship and is ready to be left broken-hearted since he knows he is the core of their partnership’s woes. The lyric, “Don’t tell me you’re sorry, baby, because I’m the only one to blame,” truly touched a nerve with me and emphasized my comprehension. As a result, it channeled the song in a very emotional way, genuinely depicting that such conditions do indeed empower. Also, confronting such defenseless scenarios demands courage.

With all of the many parts and sounds combined with such an intriguing backstory, “Broken Heart” is a comprehensive tune that evokes a wide range of feelings in the listener. The songwriting is excellent, and it distinguishes the band as innovative and sincere, symbolizing their uniqueness. Also, the song’s production is terrific, and each member of the band executed flawlessly anything they were given. Overall, I was thrilled to hear “Broken Heart” by Satellite Train, and I’m already looking forward to their future releases.

Listen to “Broken Heart” by Satelite Train on Spotify and let us know your thoughts.