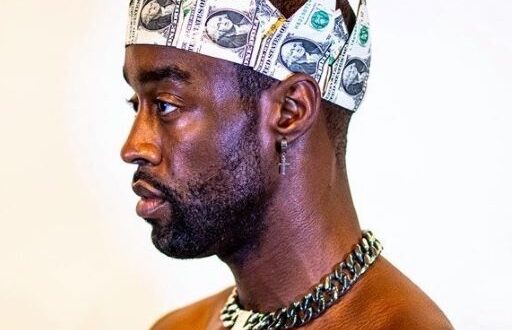 Diamond Blacc Brings Out The “Demons” In Him

Diamond Blacc, a proud Philadelphia native, rapper, and rising star, exemplifies a great rap artist with his smooth flows that clap with enormous force. His tunes are unquestionable masterpieces, with melodies that perfectly suit his atmosphere, as he demonstrates in “Demons,” a single he published on April 29th of this year. “Demons” is an incredible jam to listen to. Let’s discuss it extensively.

“Demons,” which opens with a spoken word for the first 11 seconds of the song, is undoubtedly a piece that can energize a large crowd and captivate them from the outset. Diamond Blacc then begins his rapping in the twelfth second and performs in an impressively structured manner buttressed by the pretty crisp instrumentals. His cadence and diction are precisely packaged and hit the proper points with his listeners, culminating in an extremely nice feeling. With his mesmerizing flow that matched perfectly with the concept of the lyrics and the pitch, he made it appear so effortless. Not to mention his vocals, which add so much to the delight as well as the fluid pace.

In terms of the song’s message to audiences, “Demons” is a song written by Diamond Blacc that confronts not just the world’s many demons, but also the ones that afflict every one of us privately. In a nutshell, “Demons” is a song about undesirable obsessions that limit our possibilities. It is therefore a revitalization tune that propels us to vanquish our “demons” and triumph in our daily attempts. The songwriting is brilliant and captures the song’s meaning effectively.

When it comes to the song’s production, every part gels beautifully and puts us in the perfect atmosphere; Blacc’s delivery is outstanding, and I gotta say he hammered his performance; his emotions were well handled. His vocals, once again, are crisp and well-executed. Overall, I feel “Demons” is a single that has the potential to transform lives and resonate with millions of people due to its relatable themes. It is an excellent tune for motivating oneself to battle whatever challenge you may be facing. And also,  an excellent example of Diamond Blacc’s distinctiveness, I anxiously anticipate his subsequent releases.

Listen to “Demons” by Diamond Blacc on Spotify and let us know your thoughts.

You can follow Diamond Blacc here for more information.

Previous Review Of Satellite Train’s “Broken Heart”
Next Interview With Silas Armstrong Regarding His Single, “So Much For Love (Aymen Valentino Remix)”