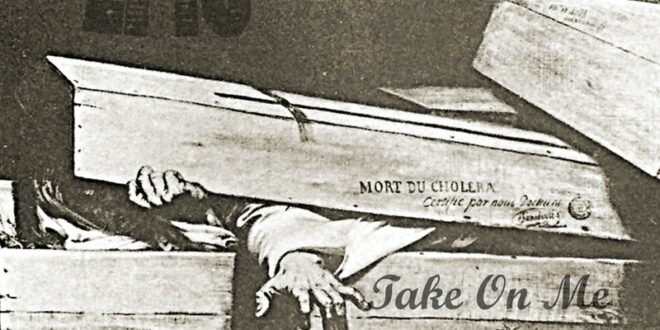 The Magic Epic is a pop singer-songwriter and producer from Brighton. He grew up in suburban South London before moving to the seaside in 2013 after falling in love with Brighton, where he began creating music. Influenced by John Lennon and Otis Redding, but frequently compared to early Billy Joel, The Magic Epic’s melancholy vocals have a uniquely contemporary touch. The Magic Epic’s latest single, “Take On Me,” is an insightful tune that leads the listener from a place of tension, uneasiness, and despair to a place of love.

Along with partnering artist Andy Brook, “Take On Me” is a track that will resonate with every listener’s emotional early stages. The tune begins with a beautiful piano progression, which, when combined with similarly simple riffs and melodies, establishes a feeling of calm and joy from the start. The singer does an outstanding job with the lyrics, and his voice in the songs completely melts my heart. The vocal harmonies will undoubtedly lift your spirits.

The Magic Epic’s vocals match this, as his earnestness, sincerity, deep feelings, and emotions begin to erupt, both lyrically and melodically, steadily building with the presence of smartly created electronic textures and the arrival of a delicately accelerating musical piece.