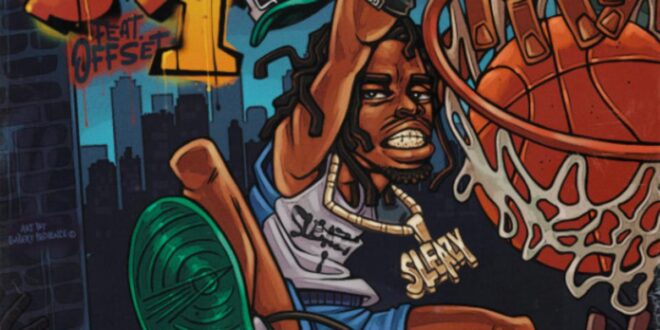 SleazyGo World is about to have a massive summer. The Kansas City rapper gained traction with the release of his single, “Sleazy Flow” and later, received a co-sign from Lil Baby who hopped on the remix. After being at the center of a bidding war, he inked a deal with Island Records and it seems like he’s ready to make a splash in the months ahead.

To kick off his summer campaign, SleazyGo World unleashes his new single, “Step 1” ft. Offset. The rapper previously previewed the record on social media before it gained significant traction on TikTok. With the assistance of Migos, SleazyGo World doesn’t disappoint with his latest offering.

Check out SleazyGo World’s new collaboration with Offset below and sound off with your thoughts in the comments.

Quotable Lyrics
My best man, he just like Ginóbili, shoot with his left hand
N***as ain’t get no get-back, when we spinned, we got the top man
Top boy, actin’ like you got rich, you need to stop, boy
Hot boy, nigga be talkin’ that rara, chopper stop noise

Previous Review Of Red Skies Mourning’s “Where You Been?”
Next Kay Flock & Fivio Foreign Come Together To “Make A Movie”