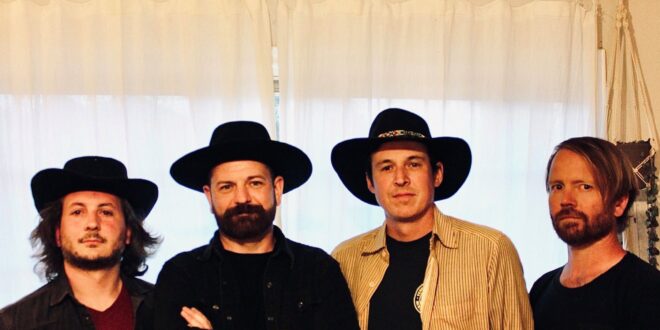 The Dust Collectors “Take A Dive” With Their Debut Single

The Dust Collectors are a four-piece indie rock band from Calgary, Canada, consisting of Matt Easton, Luke Giblin, Steve Rozitis, and Scott Stolee. After coming together from their previous bands, the band is out with their first song “Take A Dive” as a remarkable band that strives to intrigue their fans with beautiful and poignant compositions. This is a one-of-a-kind debut as its instrumentation is reflective of the 20s. On November 4th, “Take A Dive” was released. Read on to find out more about this piece.

Opening with a lovely and flavored harmonized melody that introduces the singer’s undeniable charm, “Take A Dive” perfectly puts us into its setting and passion with a well-executed cadence making the song incredibly captivating. Given how basic the song is conveyed with the singer’s strong and lively vocals with a heartfelt delivery bringing the significance of the lyrics to the surface. That was something I genuinely admired. It brightened the song’s mood and offered an impact. The writing is also quite creative and keeps us hooked on the play. Instrumentally, the hand claps, piano, and violin set the vibes by working together to create a delightful tune in “Take A Dive.”

“Take A Dive,” a particularly well-written tune that perfectly compliments the text, depicts the scenario of a boxer who has a moral dilemma during a staged fight. This storyline was influenced by accounts of Irish immigrants in America in the 1920s who made a living prize-fighting and sometimes fixing boxing fights through the Mob. The intriguing story told so beautifully in the lyrics will strike a chord with listeners as a sympathetic perspective. Because the emotional stability aspects are portrayed well enough. The information is straightforward, making it much simpler for listeners to absorb the language and take action to overcome any impediment in their path, regardless of how it may appear to them.

Overall, “Take A Dive” has a stable base and arrangements that make it effortless to listen to with a demeanor that captivates us the entire time. This song is simply a stunningly beautiful debut from The Dust Collectors. From the concept to the flawless production and composition, they’ve created a masterpiece of art.

Listen to “Take A Dive” by The Dust Collectors on Spotify and let us know your thoughts. Cheers!

Notable Lyrics
Take a dive, take a dive,
Swallow all your stupid pride,
Now is not the time to be a better man
Hit the canvas like a stone and you might make it out alive,
You don’t mess around with crooked bookie men

You can follow The Dust Collectors here for more information.