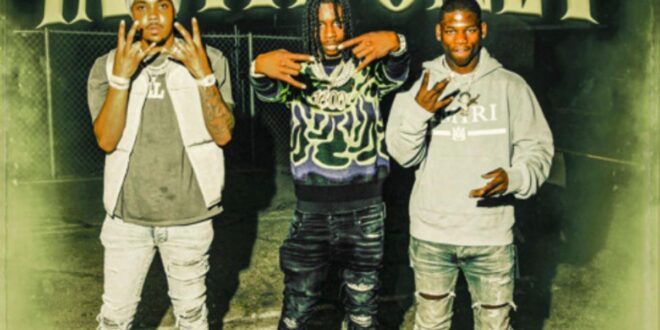 The three rapped about their dangerous lifestyles over the beat produced by DJ Tony Tone.

Trench Baby is a young artist on the rise hailing from Chicago, Illinois. Like most rappers from that area, Trench Baby tends to spit hardcore lyrics centered around his lifestyle on bass-thumping beats. Though he’s new to the game, he’s dropped some records that have garnered the attention of many– and he doesn’t plan to stop there.

Recently, he linked up with some of his fellow natives. Together, Trench Baby, Polo G, and G Herbo worked together to produce “Invite Only.” The rappers took turns spitting aggressive bars over the three-minute, upbeat record. Each artist has similar topics in their rhymes, but their diverse sounds made them stand out in different ways.

Trench Baby started the record off with some adlibs and instantly began rapping his powerful ammunition. After him, Polo G chimed in, talking about running down on his opps at any given moment. Finally, came in rapping about getting money and not being afraid of anyone.

Stream the record below.

We got the call on the E-way, foenem start swervin
We out in traffic, go get him
It be the n*ggas who like sneak dissin’ in the hood
They’ll see me and ask for a picture