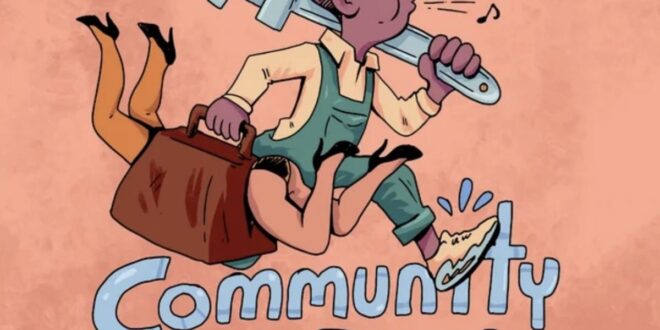 Milli recently dropped off her debut album while Swae Lee and Slim Jxmmi are prepping for the arrival of their fourth album.

Rap duo Rae Sremmurd have been teasing their highly anticipated fourth studio album (the first since 2018’s SREMM) for some time now. In June, Sim Jxmmi and Swae Lee delivered “Denial,” and now they’ve returned with a Flo Milli collaboration in the form of “Community D**k.”

Speaking to Zane Lowe of Apple Music 1 about the track, Jxmmi said, “It’s pretty crazy… one of our producers 30 Roc, his friend got this voice note, this girl left a voice note… so she was singing that song. She got creative and sang it in that melody and he sampled it on the beat. And we were like this sound like the summer… it sounds like Hot Boys, City Girls.”

Praising their female collaborator, he added, “Flo Milli got that tone. She speaks for the females in the best way, the most fun way. She gonna present it a certain a way. So we were like we gotta send it to her and let her do her thang… we sent her the song…. she killed it the first time.”

During the same interview, Rae Sremmurd gave an idea of what we can expect from their upcoming project. “We’ve been in it seven years. So now, we figured it out. We know our job. We know our role, we know our sound. Even thought we weren’t dropping music, we was always making music.”

“We’ve had so many trials and errors, we’ve seen so many fan reactions and seen what works and doesn’t work. It’s time to keep on feeding the fans back to back.”

Stream “Community D**k” on Soundcloud below, and check out the newly released music video on YouTube above.

Why would I trip ’bout community’s d*ck?
This n*gga used to f*ck with my bestfriend’s sis
He hit me on the DM, he know I’m pretty as hell
I knew he looked familiar, ’cause it wasn’t hard to tell