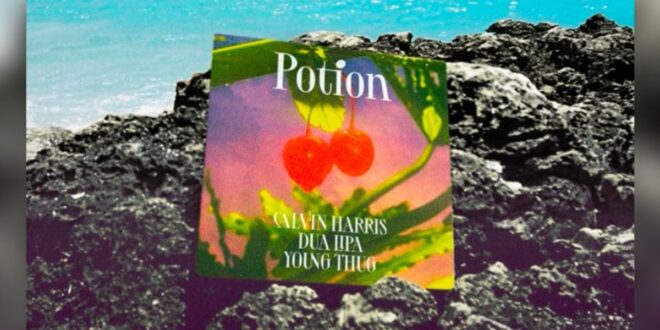 As Thugger remains incarcerated on his RICO case, his career pushes forward.

He may not be able to celebrate this release with his fans, but Young Thug has a song out today (May 27). Technically, Thugger appears on a trifecta collaboration “Potion” alongside Calvin Harris and Dua Lipa, and from the onset, it is clear that this Pop-centered single will be played at every poolside cabana in these summer months. Unfortunately for Thug, it doesn’t look as if he will be released from jail in time to enjoy it as the RICO case against him pushes forward.

Thugger and Gunna remain incarcerated as they are accused of being shot-callers in a “street gang,” claims prosecutors. Authorities have labeled YSL to be a criminal organization, but legal teams for both rappers deny any affiliation with illegal activity and maintain that YSL is a record label. Meanwhile, Harris recently told Zane Lowe how he landed Young Thug on “Potion.”

“I mean, there was only one person I wanted on this. And we chased him for a while. It’s the voice… but it’s the delivery as well and how does he think of these things and these flows and the way that he kind of weaves around the beat in a way that I could never, ever even imagine. And you know when you’re writing a song or you’re coming up with a hook or whatever, that’s one thing and you can imagine someone singing that. But sending him a beat or being in the studio with him when he’s recording and hearing the process and where he ends up at is just like, how? Like the brain is somewhere else, like his mind is that of a genius. It’s amazing to witness it and I’m so, so grateful to be able to work with him.”

We’ll keep you updated on his case as it progresses, but in the meantime, listen to Thugger rap-sing his way through this Pop collab with Dua Lipa and Calvin Harris, and share your thoughts.

I’ve been catchin’ love off a backboard
Runnin’ from your love, that’s what this track for
F*ckin’ every b*tch and never tell ’em, no
I just beat their back in likÐµ an Oreo