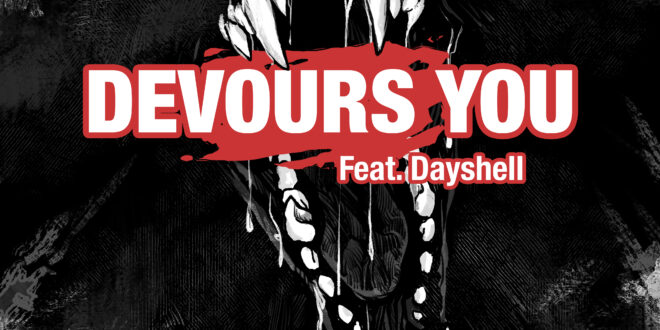 Abandon the fall “Devours You” With Their New Single

Abandon the Fall is a Houston-based musical endeavor led by Juan Espinoza. Abandon The Fall is honest throughout, vulnerable at times, and a balanced combination of empowerment and weakness that encompasses the human experience in sound. Abandon The Fall has been active since 2018, supported by collaborative and featured work alike, and released a new song “Devours You” on June 26th featuring Dayshell, who co-produced, composed, recorded, and mixed the song.

As amazing and absorbing as the song, “Devour You” might be, it begins with amazing instrumentation that is sure to wow the listener. Dayshell’s vocals are energetic and carefully harmonized, and he sings in flair over the brilliantly played soaring guitars and pounding percussion which contributes to the track’s rock feel. Dayshell includes these clear instances where the lyrics and voice pierce through the sound and devour the listener for a mind-boggling moment.

The lyrics of “Devours You” are really important to me since they deal with toxicity, and the song seems to match this mood well. This song is a back-and-forth conversation with someone who is on a downward spiral, with the vocalist torn between attempting to assist them and not becoming engulfed by it.

“Devours You” catches its fluidity perfectly, and it is a song with a lot to offer. It appears as if Abandon the Fall is steering us through their ordeal. With the expertise of Dayshell, this composition is brilliantly put. The guitar and drumming are very wonderfully matched, and I reckon it contributes significantly to the piece’s richness. To be honest, this song reminds me of KoRn, Linkin Park, Nine Inch Nails, and Deftones, all of whom have had a direct impact on the band’s musical character, while others have inspired the band as avid listeners.

Listen to “Devour You” by Abandon The Fall on Spotify and let us know what you think. Cheers!

Notable Lyrics
Not made of gold made of coal you’re a sinner though
I should’ve known, should’ve told you to open up
Make it right
The cold sweats flow way down from my insides

You can follow Abandon The Fall here for more information