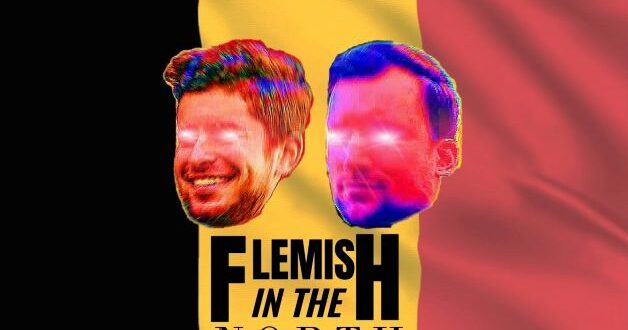 The Flemish in the North band is made up of Christopher Davis, a guitarist, bassist, and vocalist, and Everett B. DeLuca III, a guitarist, pianist, and vocalist. They’ve known each other since they were in college at James Madison University in Harrisonburg, Virginia. They had both previously played guitar in bands and had long discussed the possibility of making music together. It took several years of them flaking on one another, but they eventually got around to composing some songs this year, and their debut single “Snow Crocs” was released on July 11, 2022.

“Snow Crocs” begins with distorted guitars to create the groove before being joined by a tight drum rhythm that plays. It’s a snappy indie rock song that’s quick and loose, but most importantly, it’s a lot of fun. By merging their finely processed voices with guitar riffs and dynamic rhythms, the pair captures the spirit of a positive song.

According to “Flemish in the North,” the track’s title was inspired by a particularly ludicrous story Everett told while hiking in the hills of Calais, Vermont. He considered the possibility of an offshoot breed of crocodiles living and surviving in the icy pathways of the Northeast, which would be especially terrifying because they’d be crawling in the snow, ready to ambush travelers along the trail. When they began tinkering with the catchy riff that the song is based on, “Snow Crocs” was formed, and the cover image illustrates their tale.

The song itself does not have a meaningful purpose or message. Lyrically, though, it was composed in a rather stream-of-consciousness style. The lyrics fit the song’s overall musical approach, which is rapid, loose, and enjoyable. The duo’s laid-back approach to expressing their sentiments makes this music stand out. Furthermore, the song’s amazing mix increases the listening experience, and it’s an excellent addition to the band’s catalog.

Listen to “Snow Crocs” by “The Flemish in the North” on Spotify and let us know what you think. Cheers!

Notable Lyrics
Tender was the night,
Steady as she goes,
French press medicate,
The gin keeps me warm.
Snowfall in my soul,
Drifter like the leaves,
Sneaky was the fox,
As the hen thrived anyway