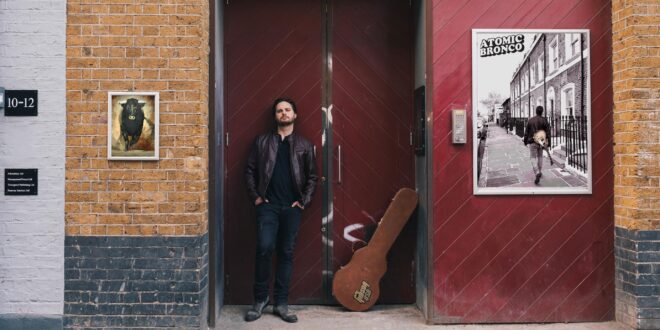 Atomic Bronco Plays No “Foolish Games” With His New Song

Atomic Bronco, a retro-inspired indie/alt-rock band from Austin, Texas, is led by Kyle Nuss, who combines an intriguing combination of indie, alternative, garage rock, lo-fi, and classic rock. The singer-songwriter and producer have released “Foolish Games,” his third single this year, with his distinct musical soundscapes that will leave his audience wanting more of his music.

Scheduled to begin with a charming electric guitar melody that plays continuously, “Foolish Games” has several beauties as well as Atomic Bronco’s exceptionally delicate voice and elegant demeanor. The snappy rhythms, fascinating guitar solo, and powerful bassline of the song lure listeners to immerse themselves in the milieu, which is kept throughout the track. The instrumentation is fascinating, and the cadence of the song is also perfectly normal and delightful, making the writing appealing. Atomic’s approach to delivering the lyrics is quite impressive.

The choruses transition into a more retro rock style with the guitar chords with distortion effects struck at the rhythm of the melody, quickly elevating the atmosphere and generating spurts of amusement for the listener. “Foolish Games,” with its snappy and laid-back lyrics, is a love song. The singer narrates how he is doing way too much for someone he cherishes, prompting him to assume he is playing in “Foolish Games.”

Atomic Bronco’s performance is captivating, and this certainly pulls us into the flow straight away. The instrumentation and production, as well as his vocal delivery, clearly articulate the song’s passion. One of the finest aspects of the track is its simplicity, as well as the fact that it provides a rich melody.

Listen to “Foolish Games” by Atomic Bronco on Spotify or SoundCloud and let us know your thoughts. Cheers!

You can follow Atomic Bronco here for more information.